Prepare for a pummelling! Swiss maulers Paleface are here with their eagerly-awaited new offering Chapter 3: The Last Selection. Now, if you’ve been waiting for something that is the musical equivalent of your face being ripped off by a pitbull, then you won’t be disappointed when this crew slams into opener “Inevitable.”

After a couple of disgusting EPs, the Zurich band has really gone for the throat on this one. Opening up with a menacing intro, the album wastes no time in getting down to business, business of the most violent kind. Mixing up balls-out deathcore with the uneasy, suffocating atmosphere of King 810, the brutal groove of Iowa-era Slipknot and the beatdown-inducing hardcore of Code Orange, the end result is unbridled savagery. “Skalpell,” for example, is crushingly heavy but also has the kind of moshy, skittish passages that easily hold their own against anything off Iowa while “Curse Us” and “The Rats” are just disturbing.

If you want outright brutality, then “Go For The Throat” will satisfy that itch right from the opening, spine-breaking blastbeat through to the slow, punishing beatdown holding up your battered face midway through the track. Dense, suffocating waves of deathcore rain down on you with the sound veering psychotically from disgusting deathcore to nose-shattering hardcore in the blink of an eye.

Even when the album isn’t ripping off your face, the short interludes littered throughout are no less unpleasant. In fact, putting the pure heaviness aside for a moment, it’s this schizophrenic personality that Paleface demonstrates on Chapter 3: The Last Selection that is the most unnerving aspect of this entire listen. One moment things are as sludgy and suffocating as tar whereas, in the next breath, the Swiss headhunters are pummelling along at a hundred miles an hour giving you no time to brace for the impending and incredibly violent impact.

From pig squeals to hardcore beatdown vocals to serial killer growls, vocally, things are just as unpleasant in that department as they are musically. When King 810 frontman David Gunn talks about the unpleasant world that inspires his music, it’s not hard to imagine that terrible picture. However, in the case of Paleface, it will terrify you to try and imagine the kind of world that inspires material like “No Mercy At All,” an offering which sums up this album perfectly with the menacing warning “your time has come, see you in hell.” 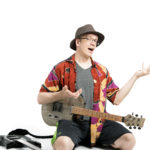 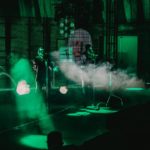