It’s Monday, which means that it’s definitely time to “Shake It Up Baby Cmon!” Here to lend you a hand with that is singer and songwriter Anda and her brand new single and music video. The video emphasizes the fun, carefree attitude of the song, written and produced in collaboration with the well-regarded Alap Momin (Dälek, MRC Riddims). Momin is a widely respected underground club, hip-hop, indie, and rock producer who also operates the Harlem-based Internet & Weed record label, which this single was released through earlier this month.

Influenced by classic R&B and soul music, Anda has taken this approach and applied it to fun, energetic, party music, designed to get the room bouncing. There’s a classic, Harlem, Uptown New York vibe to the “Shake It Up Baby Cmon” which is accentuated in the video clip, with the outdoor shots all actually filmed in Harlem to capture the special culture of this historic neighbourhood.

Discussing what inspired her in writing and recording her new single, Anda said, “Recently, I was inspired by one of my favourite artists: Chaka Khan. I was intimidated at first, but after a bit of soul searching and a lot of self-pep talk, I decided to just sit in my studio and try to feel into her energy. Six hours later, ‘Shake it up Baby Cmon’ was done. The fun vibe of this track feels like riding a roller coaster with all of your best friends. With its undeniably grooving bass and drums, inspirational lyrics and party vibe, this track makes you wanna play it over, again and again. ‘Shake it up Baby Cmon’ is the result of completing a cycle of creativity… a homecoming back to funk… my funk… AND BABY IT FEELS GOOOOOD!”

Harlem is where Anda has called home since she was a child. Growing up as the daughter of two classical concert pianists, Anda began playing piano as a young child, before pursuing jazz trumpet in high school and then earning a degree in Jazz Performance and Composition from The New School in New York City. While still in college, she started to tour as a trumpet player and member of The Dap Kings, touring with both Sharon Jones and Lee Fields. Not content to rest on her musical laurels, Anda took a keen interest in ska and reggae music and helped found the Afrobeat group Antibalas. Afrobeat music became something of a passion for her, which led her to move to Brazil where she served as a singer and keyboardist for Afrobeat artist IFA, and MPB artist Kalu. Recently, Anda has taken a greater interest in music production and is currently developing a catalogue of licensable tracks.

If life feels like a drag and nothing is getting you going, crank up some Anda because it’s time to feel good! 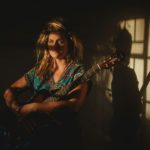 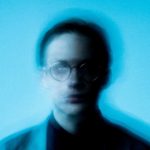