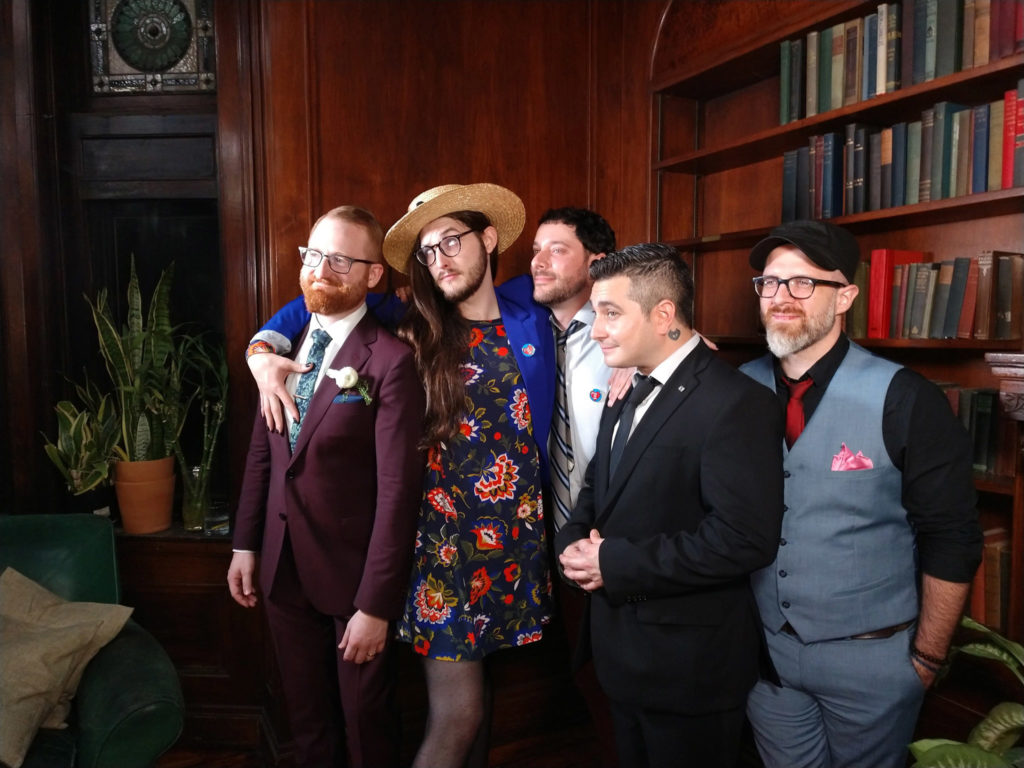 NYC’s “gentle princes of elegant power pop” LUV DOT GOV are here with the realistic, but not so hopeful, message that “The Good Times Are Over.” The new single, released October 30th via Drink More Records, is a sharp lament on the recent state of affairs with hints of Green Day pop-punk, Weezer power pop, and even low-key tinges of The Promise Ring’s second wave emo. The killer effort is now available as a free download, and it’s also the title track to the quintet’s upcoming 2021 album, which follows 2018’s, At Least We’ve Got This Madness.

“The Good Times Are Over” – the single and album – was recorded in quarantine from across the world as members contributed remotely in lieu of any physical recording sessions, but the snappy track certainly doesn’t suffer as a result. From the ambient intro through to the simmering finale, the song hits all the right marks as the band rolls smoothly through a surprisingly energetic soundscape of detached defeatism. The band’s comment pretty much sums it up:

“‘The Good Times Are Over’ is a snapshot of 2020. Politically and emotionally. Sometimes we tell ourselves it’s alright, even when we see the world around us is on fire.”

Formed in the summer of 2016 by Matthew Pop and Stevie Seaweeds (that can’t be his real name, can it?), LUV DOT GOV have enjoyed their share of the good times, but if this is truly the end of them, at least they’re going out on a high note.