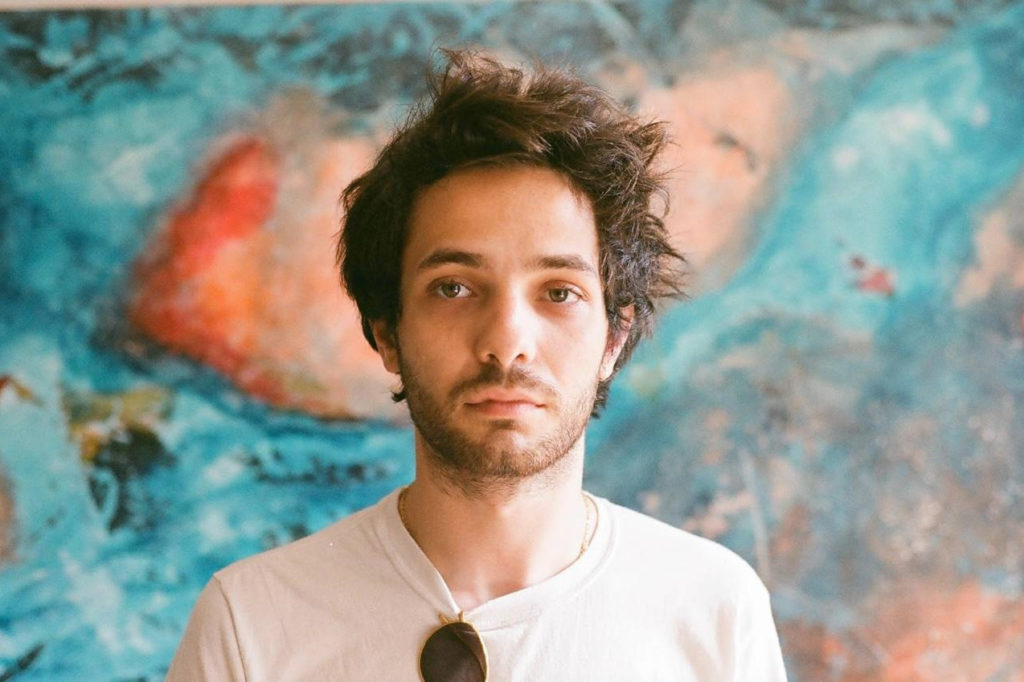 Set in the 1930s in Texas during the Dust Bowl, Dreamland follows Eugene Evans (Finn Cole) as his family’s farm is close to foreclosure. Evans dreams of capturing a fugitive bank robber, Allison Wells (Margot Robbie), and collect the 10,000 dollars bounty on her to save his family’s farm. Eugene is soon to discover that Wells is far more than what the authorities claim her to be; an injured Wells is holed up in his family’s barn.

Miles Joris-Peyrafitte became one of the youngest filmmakers ever to compete at the Sundance Film Festival at age 23 with his first feature film As You Are (2016). Miles directed, co-wrote, and co-scored the film, which went on to win the Sundance Special Jury Award. Miles graduated from Bard College in 2014, where he studied under Kelly Reichardt, So Yong Kim, and Peter Hutton. Joris-Peyrafitte took ten minutes to speak with us about Dreamland last week. Enjoy the audio from the interview included here via SoundCloud.

Is there a bit of a backstory on how you became attached to Dreamland?

Miles Joris-Peyrafitte: “Actually, it was right after my first film had premiered in festivals. Margot saw it, and her company LuckyChap Entertainment had just gotten started and found this script that they really loved on the blacklist. Margot asked for a meeting, and I had never been to Los Angeles, let alone had a Hollywood meeting. I was on the airplane back and got an email to go to LA to meet with her about it, which was profoundly surreal. It sort of just sparked off from when I met her. We started talking about it, and there were things in my first film that I think she was looking for in a director for Dreamland.

And then we just had a conversation about how to make it feel personal, like my own. I hadn’t planned on making movies that I hadn’t written, mostly because nobody had ever asked me to. There was a lot to figure out and learn about the job in that capacity that was really exciting as well as really scary.”

Aside from getting the chance to work with her, what else drew you to the script that most??

“Well, there was something. It felt like it was unbelievable that I would get the chance to make a Dust Bowl period piece. I couldn’t believe it, you know? There aren’t a handful of those that get made every year in Hollywood. There was something about the period and about Nic (screenwriter Nicolaas Zwart) writing a very beautiful and simple story that felt like an opportunity to kind of dig in more to the kind of emotional complexities and things like that. And the way that the landscape at that time was really turning on people and creating this American mythology. So the way that all of these things played together felt like kind of a no-brainer.”

What kind of challenges come up when making a movie that’s set so far in the past with little or no CGI?

“Yeah. A lot. It’s really tough, it turns out. One of the most practically difficult things that you forget about is that we have all of these incredible period pieces that we can watch all of the time. You forget that every year that goes by, there’s less and less of that stuff around. The cars are infinitely more difficult to find in any kind of working condition. So there were technical elements like that all the way through. Also, considering that we were doing the movie for a considerably small budget. So everything was about getting scrappy in that it was really about hiring the best people. Meredith Lippincott, who was our production designer, was unbelievable. Her grandmother lived through the dustbowl and was obviously a reference. It was also something that she was so hungry and excited about that she just put everything into it. She was able to give the movie a look that I think is pretty much bigger than the budget predicted.”

Yeah, it doesn’t look like a small budget film, that’s for sure.

“Yeah. And a lot of that is the details that she’s bringing from her grandmother’s childhood home. So that was sort of the message to all of the departments. To figure out how to make the personal and the emotional feel real in this space, and the rest should follow.”

If you could pick only 30 seconds of footage from a scene in this film to show it off, what would you pick?

“I’ve always been a really big fan of one. With only 30 seconds, it’s kind of tough. I love the scene when Eugene comes back to the barn with the watch that he’s gotten. He’s found out about Perry Montroy, and they have this moment in the barn where she (Allison) asks him if he’s jealous, and he says yes. He walks to the side of the barn, and we see the storm coming. That scene to me I’ve always really loved. There’s something about it that feels exactly how I’d imagined it when I read it, and I think that the performances are so strong in that moment.”

I liked how wide some of the shots were. Interiors and exteriors. I’m thinking of that interior church shot behind the minister when he’s talking and then to the exterior. It was just interesting in the lens choices.

“Thank you. It’s funny. When we shot the preacher from the interior, it was actually a much longer, more elaborate shot. And then we ended up only using that head part. But we really wanted to create a language with the camera and the movie that didn’t feel like we were trying to copy another era. But something that felt active and modern and was telling the emotional story of the characters. And at this time, you have this crazy phenomenon going on with the landscape regardless, where suddenly this sort of horizontal axis is becoming vertical with these walls of dirt coming at people.

There was something about wanting to weaponize that and sort of use the wideness of it to create claustrophobia. Which is maybe counterintuitive, but I think it is one of the more counterintuitive aspects of the dustbowls also inhabiting that space, making people feel kind of tiny and trapped.”

A lot of this film felt like it was photographed using available light. I don’t know if that was true or not, but it feels that way when you look at it.

“Well I’ll tell you, Lyle Vincent is a brilliant lighter both working with natural light and also recreating it. I mean, we shot the movie in 26 days with one camera every day (except for one day). So we had to move fast. And that meant that there was a lot of pressure on Lyle. When he came onto the project, I was very clear with him that the production value was going to require 100 percent of his attention on how to light the movie. Because I had a sense of how I wanted the camera to move and had a lot of the shots designed, but I had no idea how we would light the film with the conditions we’d be in and the time we had. The desert is not necessarily an easy place to light during the day. Or to even shape the light during the day. So he was a magician. I mean, really, it was unbelievable to work with him and our crew and the gaffers we used out of Albuquerque, New Mexico, who were just unbelievably supportive and unbelievably talented.”

Were you able to shoot Dreamland in sequence for the most part? Or did you move around a lot on the script?

“I’ve heard that some directors get to do that. But we shot all kinds of out of sequence. But that said, we had enough of a rehearsal. We had a week with Margot and Finn to just kind of hang out and get comfortable and build a language with them, so that was really helpful.”