In an exclusive comment for V13, DiMara shares the following thoughts on the track: “The song came together really quickly. We spent most of our time that weekend hanging and just talking about everything from music to life on the road and philosophy. Spencer came by and we showed him the song, and he pulled out his phone and wrote a verse in like 10-15 minutes. The title inspired the song. I went pretty hard on Diamante’s birthday last year when we were on the Breaking Ben tour, and for the rest of that run everyone kept saying that I died in Dallas. So it’s an ode to that person who is the life of the party but pays the price. Someone’s waking up dead but at least there is a cool story to tell you know?”

“Died in Dallas” was inspired by a (semi-true) story. The two artists were connected via multi-platinum Finnish producer Jukka B (Sunrise Avenue) and the idea of a collaboration was floated in 2018, yet didn’t materialize until the end of 2019 when the group serendipitously gathered at Backlund’s Las Vegas to blow off steam and recharge after a long hard year of touring. 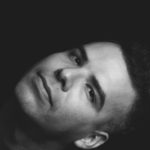 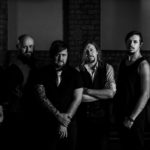