If you thought Flea’s bass riffs were incomparable, well think again! With absolutely no disrespect to the legendary Red Hot Chili Peppers bassist, we would like to help you get to know Combinator, the hard-hitting solo project of musician Sean Fairchild. Naturally gifted as a bass player, Fairchild can use the bass like no other musician. Rather than it being a part of the rhythm section, he structures his entire sound around the bass guitar as a leading instrument, around which other musical elements are structured.

You’ll get a strong sense of what we’re talking about from his brand new single “Can’t Pretend To Know,” found on Combinator’s brand new album, Eargoggle Fodder. The impressive new record is an amusement park of musical flavours, with Fairchild bringing together the worlds of synth-funk, melodic progressive metal, breakbeat electronica, indie rock, and dreamy soundscapes. The singer and songwriter arranged the album around the notion of what he refers to as electro-acousticism, a melding of electronic and non-digital sources.

With commentary on his latest single, Fairchild explained, “A personal favourite of mine on the album, ‘Can’t Pretend to Know’ is a departure for me in a few ways, it allowed me the freedom to try some different stylistic choices vocally. It has a catchy, almost pop-like chorus; and the track features one of my more satisfying solo captures that combines a bit of my general weirdness via some atonality and chromaticism while still being predominantly melodic. And it’s just fun as hell to sing and play.”

Born in Malaysia, Fairchild spent much of his youth living and travelling around the globe, growing an appreciation for the music typical of Asia, Africa, Europe, and South America. He began to pick up the bass when he was 13 and living in Tokyo which led to an education in music and ethnomusicology at the University of Washington in Seattle. Combinator began as a trio but soon gave way to Fairchild making it exclusively a solo endeavour that would be fueled by his love of the bass.

He wrote, recorded, mixed and mastered Eargoggle Fodder from his own studio, Fairchild Sound with some assists from Phillip ‘Godcloud’ Coleman, Morgan Wick (A Sense Of Gravity), Joshua Kossak (Miller Campbell), Nick Burbey (Spandex Nation, Las Vegas’ Fremont Street Experience), Jason Everett aka Mister E (bandleader of Deep Energy Orchestra, featuring Trey Gunn of King Crimson), Isaac Chirino, John Paynich, and Gianfranco Foddai. Thematically, the album is reflective of the complicated and bittersweet times in which we currently live, with it moving from uncertainty and longing towards a feeling of self-assured redemption. Channelling his innermost creativity, Fairchild has created a monumental piece of originality that will give you a new sense of appreciation for just how awesome the bass guitar can be when it’s used so inventively. 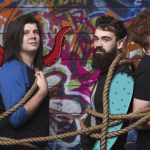 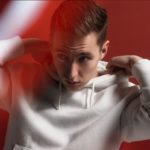 Dempsey Bolton Opens Up About His New Single, “Welcome To My Funeral”