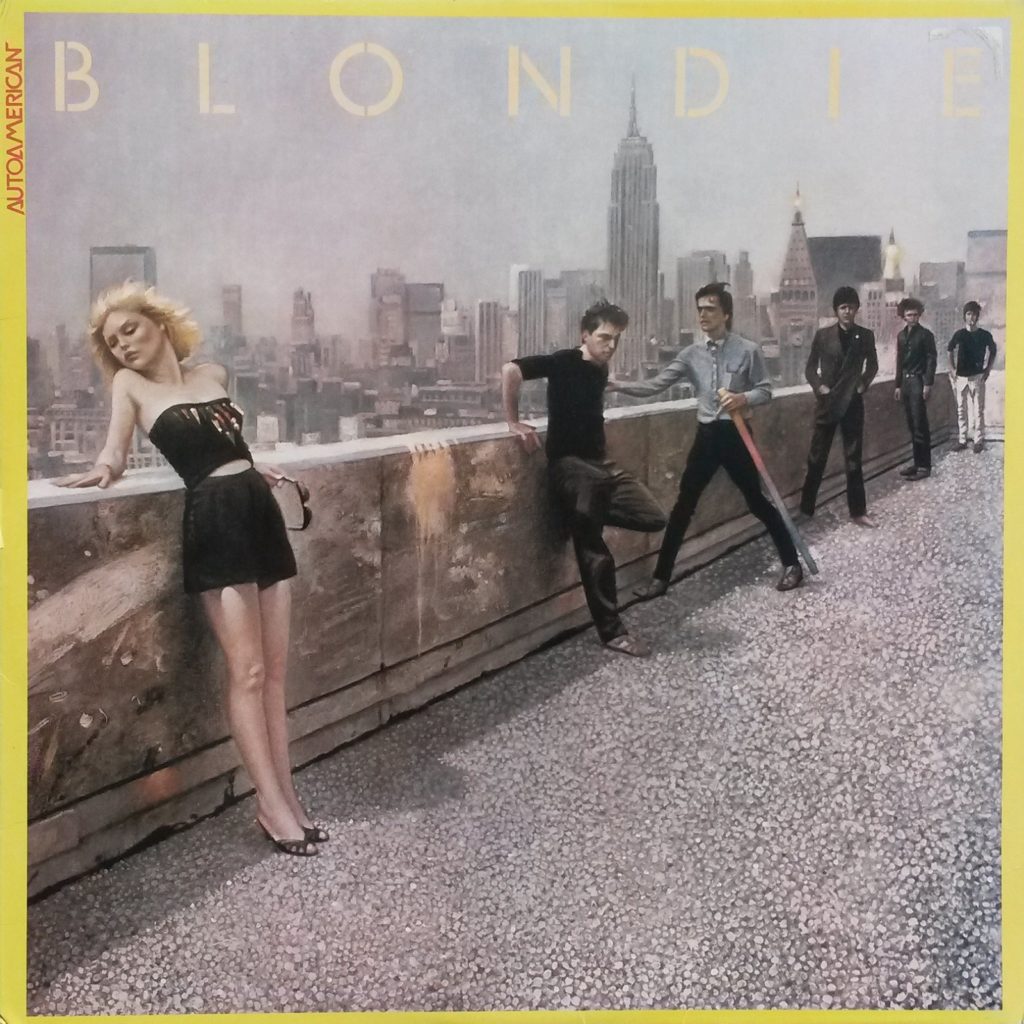 The nauseating stench of stale cigar smoke permeated corporate boardrooms, as music biz big wigs plotted their platinum projections for the likes of Frampton, Frey and Floyd. C’mon, man! Can’t you clowns spritz a little Febreze in this direction? Clearly, by 1976, somebody had to open a window — PDQ.

Simply put, Blondie painted a prettier portrait of punk. Just when a blast of fresh air was needed most, the New York-based brigade showed how underground music didn’t have to be the introverted homely kid with B.O. who never got a date for the dance. It could (and should) be the outgoing Homecoming Queen who smelled like sliced peaches — the one everybody wanted to bang — even the guys.

Combining a distinctive quirky edge with irresistible melodic hooks, the first two Blondie records; Blondie (1976) and Plastic Letters (1978), stirred immediate sensations across “the pond.” However, Yanks wouldn’t catch on until the release of the band’s third album — the 1978 breakout chart-buster, Parallel Lines. Hot on the heels of their super-successful fourth studio slab, Eat to the Beat, the group had become the acknowledged “it girl” on the international musicf scene by early 1980. Yet, despite a quickly-expanding pop hit portfolio, the newly-crowned “Homecoming Queen” remained — curious. And she LOVED to experiment.

Arriving worldwide via Chrysalis Records, 40 years ago this month (November 1980), Autoamerican was Blondie’s fifth offering. Produced by Mike Chapman (The Sweet, Pat Benatar, The Knack), it proved to be their most adventurous effort to date. And in ensuing years, the 12-song set would leave detectible traces of its unique DNA smeared across the work of an array of celebrated artists, from 10,000 Maniacs and Faith No More in the late 1980s to No Doubt in the mid-1990s to Blue October in the early 2000s.

The massive orchestral opening track, “Europa” set the stage — merging from old Hollywood majesty to new world industry before colliding with the dance floor delight, “Live it Up.” The authentic-sounding 1940s-fueled, “Here’s Looking at You” pops off the grooves, particularly when placed prominently next to the #1-selling mariachi-meets-Marley single, “The Tide is High.” At the onset, “Angels on the Balcony” administers a surprise sucker punch, but it surrenders swiftly to a playful pop tittie twister.

Of the many theories regarding the recipe for Blondie’s mammoth success, it can be argued that the primary appeal rested with the frustrating allure of former Playboy bunny frontwoman, Debbie Harry. Others might assert that the group’s popularity was based on their overall laser-focused fashion sensibility. However, it’s not a stretch to suggest that without the Keith Moon-inspired fire and fury of drummer, Clem Burke, the Blondie machine would have collapsed like a two-dollar ironing board. Perhaps much of the credit is owed to the band’s co-founding visionary guitarist, Chris Stein. Truth be told, it more likely was due to the fact that Blondie simply had great songs. In the case of Autoamerican, ALL of these components contributed to the record achieving Top Ten status on the Billboard chart.

Enhanced by the contribution from legendary jazz upright bassist, Ray Brown, “Faces” was a slinky, sexy seduction, while the dizzying “T-Birds” and the surf-style “Walk Like Me” came closest to resembling the band’s formative fare.

In the topsy-turvy, ever-fickle pop music world, trends always have come and gone. But by jamming six pounds of stylistic shit into a two-pound bag, Blondie managed to create a record that has defied the typical expiration date stamped on so many other leading brands of the day. And even after 40 years, Autoamerican remains as fresh as the day it first hit the store shelves.