Beware… There’s an Unearthly Creature lurking around and it’s getting set to pounce with more fervour and intensity than ever before. That’s because post-metallers Becoming The Lion are readying the release of their brand new EP, scheduled to drop on December 4th.

It’s now reached that hour when it’s time to get you nice and hyped for this new recording which is why we are helping in bringing you the band’s brand new music video for “Silent Return.” They take you outdoors for a picturesque performance, complete with lots of passion and natural beauty meant to shine a little light on your day. This is just the first helping to come from their fourth studio effort, and first since 2018’s Ghosts of a Fallen Soldier.

Here with a few words on the concept behind the “Silent Return” music video, the band said, “The video embodies the search for the light when you are lost inside yourself. Knowing first hand what kinds of relationships and people can fall away when you are fighting with yourself, ‘Silent Return’ is that point after you conquer the creature that holds you down. When you find your way out, not all who traveled with you will remain. However you must push on to heal, they will return if you can be found.”

A long time coming, the upcoming release of Unearthly Creature will mark eight years since the original instrumentals of the EP’s six tracks were released. Now they have been finalized, complete with thought-provoking lyrics, a large dose of melody, and a move away from what you’ve come to expect from Becoming The Lion. The EP showcases the quartet’s evolution from a one-man-band to now a full-fledged, collaborative outfit with lots of musical diversity.

It wasn’t just lyrics that were added to the songs on Unearthly Creature; the songs have been completely rebuilt, now more fully realized, and improved based on the progression of the band members as musicians. The band has come a long way since its creation in a Wisconsin basement in 2009. Their sound is sombre and emotive, but it also contains lots of edge and inspiration. Experimental yet accessible, genre-defying yet familiar, Becoming The Lion is happy to keep you guessing about what they got coming next. 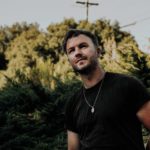 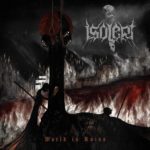