Where do we go from here? It’s a common question that often pops into our minds when we tend to reach a crossroads in life, and it’s one that Chris Pappas, aka Elle Belle, chose to deal with head on in the writing and recording of his latest album, Post Everything. Due for release on November 13th via Little Record Company, the record is a journey through hopelessness and an attempt to discover the light that shines through the clouds.

Prior to the recording of Post Everything, Pappas had reached a place where he felt completely burnt out and emotionally drained. Through personal, political, and cultural grieving, these songs confront the hard truths of life while seeking whatever positivity can be found. The release of the album will mark Pappas’ third record under his Elle Belle moniker, the follow up to No Signal and WAKO GUMBO. Combining psych-rock, progressive rock, and electronic music, Elle Belle emphasizes Pappas’ skills at rich, intricate songwriting which he developed through a previous solo career and also as part of the band The Everyday Visuals.

To get to know another side of Elle Belle’s new record, we spoke to Pappas for another edition in our UnCovered series. We discussed the creative process behind the creation of Post Everything’s vintage artwork, where the photograph for the cover was taken, and how it fits in with the sonic aesthetics on the record.

What was the inspiration for the Post Everything’s cover artwork?

Chris Pappas: “I snapped the photo while driving through Nevada. I was heading to Reno and I had stopped for a bite to eat. The phone booth had caught my eye, but the whole scene had this surreal look that reminded me of a diorama. It made the messiness seem artful to me. The soft blues and oranges had also appealed to me. Colour is an important part of how I visual my records, as songs can conjure colours in my head as I’m writing them. Finding a colour pallet for a record is something I enjoy, and really helps me see the whole concept.”

Tell us about the artist and how you found him/her?

“It was me! I haven’t found myself yet, though. If you happen to see me, will you tell me that I’m looking for me?”

If you could, please elaborate on the medium(s) used when creating the artwork. We’d love to know how the artwork was created.

“It was spur of the moment. I often overthink things to the point where I can talk myself out of a good idea. When I snapped the picture I thought, that’s the album cover and it felt like such a relief. WAKO GUMBO and No Signal were similar in that I had my colour pallet, and then the picture just happened to nail it.”

“Yes. One of my favourite records came from me picking up Echo and the Bunnymen’s album What Are You Going To Do With Your Life? solely because of the cover. That record gets some hate but I absolutely love it.”

“Because I had a desire to make it. Letting the audience be a part of the creative process is a dangerous game. Obviously I want people to hear the record and like it. But I try to maintain a balance on how much I let people in. At this point, I don’t really do things for other than my own sake. If I don’t feel creative joy doing it, then I won’t. If a million people hear it, or if no one does, as long as I’m happy doing it, it doesn’t matter.”

“My buddy Antoine Diligent had a big influence on my esthetic eye. He’s incredibly thoughtful with everything he does to make sure it looks like it feels, and it feels like how he wants it to feel. He actually designed the very first Elle Belle cover for the single ‘You Better Mean It.’ So my friendship with him informed a lot of my process now.”

“Whenever an artistic medium is updated the pros and cons are the same. There’s a tendency to view this progress as some sort of existential threat, and it can be, but it also opens the gate wider and allows more people to participate. Tools influence what we create, but I’ve never considered not liking a painting over what kind of brushes the artist used.”

“I had a Nirvana Incesticide t-shirt when I was a kid that was pretty badass. Basically the best is when the cover is worked into the total esthetic of the shirt, not when it’s a square box pasted on the front.” 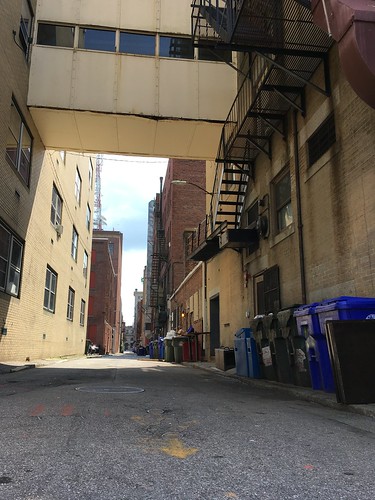 Do you prefer having the most creative control when you get a project, or do you prefer input from others?

“There are things that I still feel very strongly about that benefit from a singular vision, but as I’ve grown older, I’ve appreciated the value of trusted input more and more. Elle Belle is a solo project, and after a while, I get a little sick of bouncing ideas off myself. Collaboration is a very hard thing and, in my case, was a muscle I had to strengthen.”

Was the album art influenced by any of the themes explored on the new album?

“There is an apocalyptic feeling that the cover gives that is in line with the album’s overall esthetic. It looks how the music sounds.”

“I have no idea. I am often completely baffled by the things people pick up on, and the things that go completely unnoticed. I have a hard time predicting how things I make will be interpreted. I think it’s why I just focus on making myself happy. I have no idea what makes all you freaks tick.”

Is the art for Post Everything related to any of your previous album cover artwork?

“In a lot of ways, it seems like a companion piece to WAKO GUMBO’s artwork. Both were taken under similar circumstances. I hadn’t planned it, but both were quick flashes of inspiration that I rolled with.”

“The colours and the perfectly tipped-over chair.”

Did you work on any art for the album besides the cover?

“I also took the photos for the single covers. These were taken in my home state of New Hampshire.”

“Spinal Tap’s last record before their first break up.” 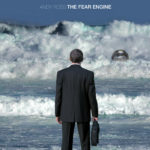 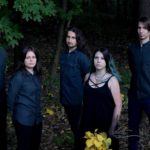