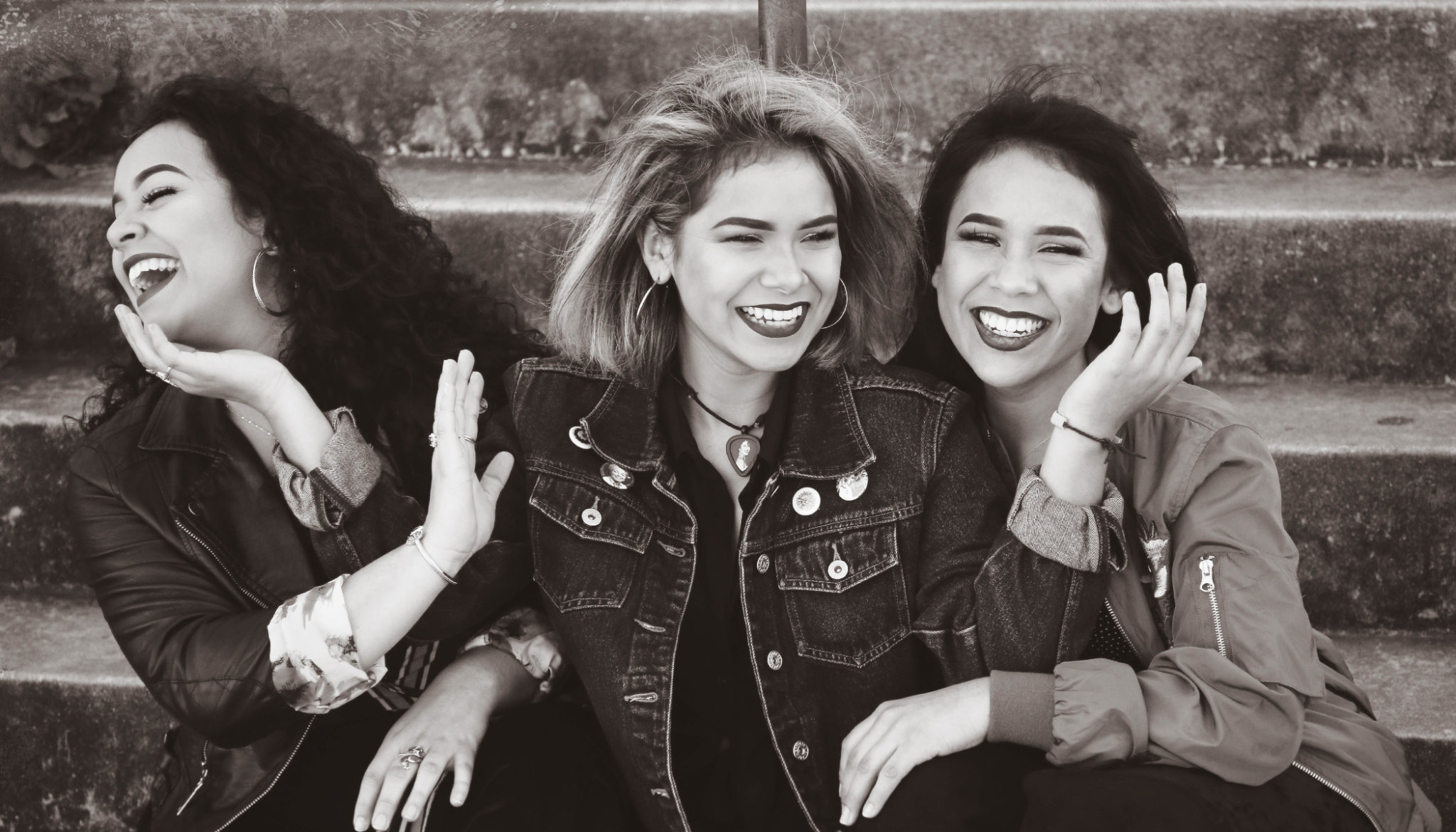 If there’s been any revelation that’s come out of the year 2020, it’s that we “Can’t Stop The World,” so maybe we may as well just forge ahead and go with the flow. That’s the message being broadcasted by Tiarra Girls and their brand new single, a remake of the classic song from the Belinda Carlisle-led female punk innovators The Go-Go’s.

This isn’t just any regular cover version though; it features updated lyrics penned by The Go-Go’s Kathy Valentine, written specifically to reflect the times in which we are living. Valentine has become one of Tiarra Girls’ biggest fans, an avid supporter who sees the trio as the perfect band to be carrying on the message of empowerment and resilience that The Go-Go’s initiated over 40 years ago. It’s an important, career-defining moment for Tiarra Girls, one that they feel extremely enthused about as they continue to push the limits of music and self-expression. To coincide with the single release, the band has released a special behind-the-scenes look at the recording of the song.

Guitarist and singer Tori Baltierra spoke to the significance of remaking “Can’t Stop The World.” “Covering the Go-Go’s song ‘Can’t Stop The World’ was an empowering act of expressing our awareness of the world. With revised lyrics from Kathy Valentine and our present-day take of the song, we incorporated the playful idea of using magazine and journal graphics in our lyric video to represent the idea of a teen in the 2000s coming of age in this world. Growing up, we used to cut out photos and words from our magazines and insightfully put them together, like an act of selfcare. Doodling in our notebooks was a subconscious act of expressing what was on our mind. Playing on these visuals in our lyric video was an homage not only to The Go-Go’s, but to our younger selves.

The very mesmerizing thing about this song is that the lyrics are incredibly subjective. As a band that advocates through music, it was interesting to know that we could sing these words to empower ourselves in a political way, direct them at the universe, or even a single person that has tried to knock us down. As we’ve stepped our way onto the brink of adulthood in a world that gets crazier by the day, we’ve had to step back and understand that we aren’t meant to fight with the world. Covering ‘Can’t Stop The World” has been a reminder to us that we have more control over our own destinies than we think, that it’s ok to surrender to our individual ambitions, not others’ projections of us. If we can’t stop the world, why should we let it stop us?”

There are a lot of parallels when considering Tiarra Girls and The Go-Go’s. Just as The Go-Go’s did in the 1980s, Tiarra Girls are pushing the envelope when it comes to politically-minded, strong-willed, feminist rock n’ roll. They are composed of three bi-cultural fourth-generation Mexican-American women unafraid of crossing musical, political, or cultural boundaries.

Combining rock, Latin, pop, soul, reggae, blues, and world music, the girls began writing songs together even before high school. In 2016 they garnered the honour of Best Performing Band Under 18 at The Austin Music Awards and then won again the following two years. The release of “Can’t Stop The World” was preceded by their 2017 three-song debut, self-titled EP, and their debut 2016 single “Leave It To The People.”

With fire, fury, and youthful exuberance, Tiarra Girls are not screwing around. They’re a force to be reckoned with and are going to make sure that you hear them and their message loud and clear.