Canadian shoegaze outfit No Joy recently made their comeback with Motherhood, their first album in five years. Having deeply digested the recording (read our review here), V13 had a quick chat with Jasamine White-Gluz, the driving force behind the Canadian shoegaze outfit, to learn about six of the albums that made the biggest impact on her life.

“This record was one of the first albums that made me recognize the importance of album visuals. The cover, the videos, all enhanced an already perfect album. They created something iconic sonically and visually, unexpected but somehow also natural.”

“One of my favorite bands. Chino’s vocals are so inspiring to me. They are simultaneously soft and aggressive, melodic and dissonant. I think it’s pretty obvious a song like “Teenager” inspired many No Joy songs.”

“No Doubt was the first concert I went to and seeing their energy onstage changed me forever. This album bounced around from ska to punk to pop and landed in a world of its own which felt like it brewed in my young tween mind.”

“Perhaps one of the albums that made me pick up a guitar. I was super young when the album came out so some of the subject matter was lost on me, but I remember just being in awe of how powerful this band was.”

“This is one of my favorite records Jorge Elbrecht has done. It is important to me because I listened to it alot around when we first met and started working on Wait to Pleasure together. We’ve worked together on every LP since.”

“Certainly one of the albums that I’ve kept on rotation since it came out and one that deeply inspired Motherhood. It’s the only Sneaker Pimps record with this lineup; to me it has always felt like it captured a frozen moment in time.”

No Joy’s new album, Motherhood, is out now on Joyful Noise Recordings and you can pick up your copy here. 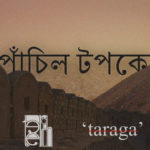 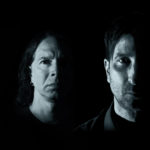