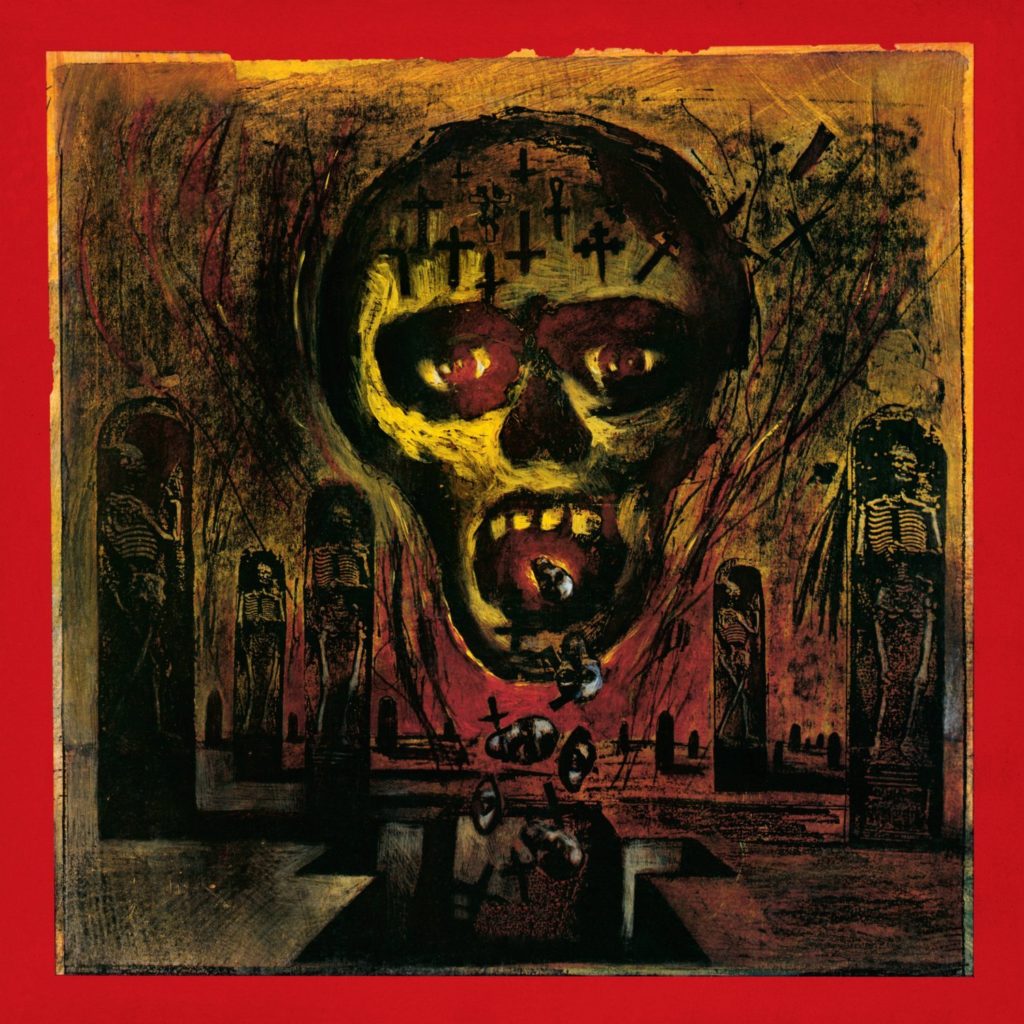 Mom-approved pop staples blasted from boom boxes at high school beer bashes far and wide, as drooling dudes sporting mullets and donning parachute pants preyed on bubble-headed babes with big hair and tiny skirts. It was 1983, yet they all partied “like it was 1999.” And while a quiet arena rock riot was beginning to erupt on the streets of Hollywood, a decidedly darker metal movement was mounting from the So-Cal underground. Simply put, shit was ‘bout to go sideways.

Fast forward a few years. They’d emerged as the fiercest force of the infamous thrash metal “Big Four” of the 1980s. Even after the release of four genre-defining albums, Slayer never had conformed — they’d never caved. Although certain contemporaries now were compromising their cred in exchange for coveted corporate anointing, Slayer was committed to protecting the brand they had remained so dedicated to developing for the last decade. And 30 years ago this week (October 9th, 1990), they dropped their most successful set via Def American Records.

A collaborative production effort between Rick Rubin, Andy Wallace, and Slayer, Seasons in the Abyss was the band’s fifth studio album and the final effort to feature their original lineup of frontman/bassist Tom Araya, guitarists Kerry King and Jeff Hanneman, and drummer Dave Lombardo, until the Christ Illusion record in 2006.

Although the ten-track collection was arguably more song-based than their previous efforts, Seasons in the Abyss was a brutal assault. Spewing signature-style themes of apocalyptic doom, death and destruction, it painted a portrait of a genetic wasteland. Demanding one’s undivided attention, the record was driven by Araya’s no-nonsense vocals, accented by King and Hanneman’s break-neck riffage and kicked in the kidneys by Lombardo’s left AND right foot. And listeners were denied even the common courtesy to catch their breath, as each track crashed seamlessly into the next.

“War Ensemble” kicks the record off fast and furiously, and with a message free of any ambiguity — The final swing is not a drill. It’s how many people I can kill. No less subtle, “Blood Red” drops immediately — No disguise can deface evil. The massacre of innocent people. Projecting all the charm of a military march, “Expendable Youth” always has been a personal favourite, along with the delightfully eerie, “Dead Skin Mask” — dance with the dead in my dreams, baby! And if “Hallowed Point” doesn’t getcha going, it’s probably time to call an EMT, ‘cuz you’re flatlining, dude.

Other “seasonal” standouts include the nearly five-minute chug-fest, “Skeletons of Society” and the skull-crushing, “Temptation.” But the true “money shot” just might be the epic, record-closing title track. Zinging with “Eruption”-style guitar soloing, this melodic (GASP!) slice of irresistible psychedelia remains the closest thing to “radio-friendly” you’re likely to find lurking anywhere in the Slayer catalogue.

In sum, after three decades, Seasons in the Abyss is still a brave and brash screamer, oozing integrity and packing as much punch as the day it first knocked you on your ass!

Seasons in the Abyss Track Listing: