Chris Barnes – the mere mention of the name can start a heated discussion between death metal fans instantaneously, always a fun debate. Some view the man as a legend and originator of the deep growl and American death metal that has given us some fun material in Six Feet Under, whereas the majority seem to find him to be a bit of a joke with a voice that is all but destroyed these days. I have always had a soft spot for the man, whether with his days in early Cannibal Corpse, his madcap Six Feet Under career since leaving the ‘Corpse, or simply as an icon of the genre. But with the release of the new Six Feet Under album, Nightmares of the Decomposed, I find very little to support. And I’ve tried, dammit.

With Jack Owen of Cannibal Corpse and Deicide fame in on guitar, hopes were super-high that this would be a strong record on par with 2012’s Undead or even Crypt Of The Devil from 2015 with a bit of an old-school reunion vibe, but where those releases were strongly composed, tightly played, and with Barnes giving it his all, Nightmares of the Decomposed struggles throughout and never seems to take off. In fact, it barely gets wheeled onto the tarmac.

Okay, so the blatant elephant in the room is the vocals. Barnes’ voice has been degrading for ages after years of vocal and marijuana abuse, but he always seemed to bring a passion that kept it vibrant and it worked in the Six Feet Under model. Here, sadly, it sounds like he’s simply given up. He struggles to keep up or have an ounce of menace, and his squeals (never his finest moments anyway) are laughable and utterly ridiculous. Sometimes an artist has to look at where they’re at with their ageing abilities and consider calling it a day before embarrassing themselves and tarnishing their reputation, but I fear that Chris has crossed that threshold and cannot stop himself.

The music itself has moments of clarity and inspiration, mostly in the riff and drum work departments (there’s also some badass gurgling bass in the mix too), but those moments are agonizingly few and far between. For every strong song like “Labyrinth Of Insanity,” “Blood Of The Zombie,” or “The Noose,” there are complete plodders such as “Zodiac,” “Dead Girls Don’t Scream,” or the ridiculously titled “Drink Blood Get High,” and the balance is well off-kilter. Owen (who wrote all the music) and drummer Marco Pitruzzella try their utmost to elevate the proceedings with exciting solos and interesting fills respectively, but the dormancy of the material bogs down any attempts to save it. And the vocals simply drag everything down.

It saddens me that even I, an ardent Barnes supporter, cannot find a reason to enjoy Nightmares of the Decomposed. After years of groovy tunes and fun records, Six Feet Under have seemingly reached an impasse where they are simply no longer entertaining and have nothing original left to offer, and they need to give serious consideration to the future of the project. I just wish that someone would have offered a constructive word of advice before they decided to put this out because it ain’t fun at all.

Nightmares Of The Decomposed Track Listing: 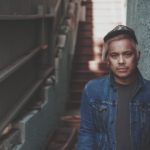 Larry Gee Preps for the End with His New Breakup Song, “Don’t Need U” [Premiere] 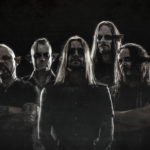