It’s time to celebrate individuality this weekend with the help of up-and-coming solo artist Selfdrou9ht. The indie, R&B, soul, pop singer has arrived with his latest single “The Comedown,” a downtempo-influenced song acknowledging the negativity that you feel when you’re being used by another person.

Thematically, it’s a relatable track that is bound to remind you of a time, or two, in your life when you realized you were just a cog in someone else’s game. Musically, the song is influenced by a wide range of different musical styles, not fitting neatly into any one category. It’s a dance/club jam at heart, but it’s also got elements of modern pop, 1980s synth, and alternative rock, a genre in which Selfdrou9ht learned his craft.

Discussing the motivations behind “The Comedown,” Selfdrou9ht stated, “This is a song about being a placeholder for someone who needs their emotional needs met, and the feeling one has when looking at the situation retrospectively as you’re left behind when you are no longer useful to them. This is an unfortunately universal experience these days: going from wishing you could have been kept to realizing the user is the one who is losing out. This realization is what sets the song tonally; it’s about self-ownership and restoration of value. The song has tinges of ‘80s synth-pop with Human League style melody changes, but littered throughout are moments reminiscent of *NSYNC, The Weeknd, bedroom pop, and EDM.”

Who is the man behind this Selfdrou9ht moniker? It is none other than James Fasulo, an extremely talented young man who despite his young age has paid his dues as a musician, both within the alternative and punk rock scenes and as a performer in musical theatre. Stylized with a 9 because it’s Fasulo’s lucky number. Selfdrou9ht is a trained soul singer, a skill which he has tried to incorporate more into his recent music rather than relying on the predictability of alternative rock and pop.

The time has come for him to lean on that soulful aspect of his musical background with “The Comedown” acting as the first in a string of new upcoming singles that will be released through the rest of 2020. It’s not so much a reinvention for Fasulo, but a time for him to lean on his greatest talents and really show the musical world what he’s made of. 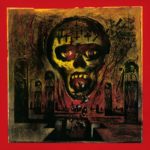 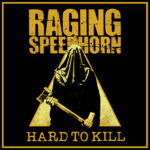