Pop singer-songwriter, Sabiine dropped her second EP, Dragonfruit, on October 30 alongside a music video for the feature track “Hotline.”.“Hotline” was inspired by a falling out with a friend. “They called all the time. I tried to help and they never listened. I started to feel like some kind of advice hotline.” Sabiine turned that experience into “Hotline,” an eclectic, electronic bop that’s super sticky and accessible to a young 20’s demographic. “Hotline’s” music video takes a sexy and fun perspective on a hotline operator theme and includes dance and comedic elements throughout.

The Dragonfruit EP was created during the Coronavirus pandemic. With restaurants closed, Sabiine and EP producer Tyler Gunz took breaks at the local farmer’s market. Inspired by the crazy look and addictive taste of the dragonfruit, Sabiine and Gunz dove into creating a dynamic, punchy EP bursting with eclectic musical flavour. “Tyler and I paid attention to every detail on this EP, from the lyrics, to the beats, to the song length, and the mastering. I mean seriously, how many people get the opportunity to produce their own music? I didn’t want to waste it,” says Sabiine.

Belying her blonde bombshell image, Sabiine is an accomplished lyricist and wrote the lyrics and melodies on each of Dragonfruit’s four tracks. The first track on the EP, “Water,” is a dance-inspired love song about the sometimes overwhelming power of love as an emotion. “Laces You Tied” follows as a metaphor laced ballad in which Sabiine reflects on escaping years of family dysfunction. The production is a stripped-down homage to early-‘90s chill pop in the style of Mazzy Star or Eddie Brickell. Sabiine released the 3rd track of the EP, “Still Miss You,” as a sneak peek single. It’s been streamed over 65,000 times and featured on prominent music blogs and top-tier playlists. Independent Music Reviews described “Still Miss You” as “… both infectious and steady. It’s a lush electronic canvas to showcase the artist’s vocal style, but also reflects some of the songwriting and production that really digs a bit deeper.”

Listeners will find bits of Sabiine’s musical influences such as Amy Winehouse, Little Dragon, Alt-J, and Paul McCartney on the Dragonfruit EP. With a catchy, fun sound and relatable lyrics, the EP reflects the rising star’s ability to create music that’s exclusively her own. Critics have praised Sabiine’s uniqueness and star power by saying she “has a one-of-a-kind sound and the soulful coolness to match” -Warlock Asylum. “I learned so much between this EP and my last one,” says Sabiine. “On Dragonfruit, I’ve had the opportunity to really dig in and spend the time to make my songs sound exactly the way I want them and I absolutely can’t wait for people to hear them.” 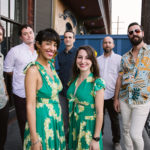 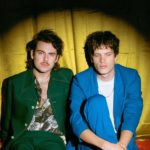