Guided by artistic desire and determination, Robert Lundberg has become a highly regarded photographer and filmmaker, known for his ingenious documentaries covering the spectrum of music, comedy, art, and film. After spending his childhood in Massachusetts, Lundberg moved to New York City where he could more seriously pursue a full-time career in art and film. An individual who relishes the prospect of new challenges, Lundberg chose to pursue one of his most ambitious projects earlier this year when he launched his new documentary series entitled Uncontaminated Sound – The Interviews.

Debuting in February, the series follows comedians, musicians, fine artists, and actors with the goal in mind to gain a certain insight into their creative processes which can only be fully deciphered by truly going behind the scenes. The primary objective of the series is to offer an intimate look into all of the rarely seen or known “little things” that take place during interviews and other similar social and private interactions with artists and performers. These features are often sluggishly edited, capturing only certain moments that are often heavily vetted by the producers in charge. But that’s not how Lundberg chooses to work within his creative space. His primary endeavour is to bring you all of the real, raw, authentic moments that you would never otherwise have the opportunity to experience and enjoy.

With the leaves now falling and the Autumn colours out in full force, it’s time for another new episode of Uncontaminated Sound – The Interviews. In episode #18, Lundberg is joined by singer and songwriter Bruce Charles Sudano, widely known within his ranks as a songwriting master. Sudano has enjoyed a stellar career in the music business, best known for creating songs for some of pop and country music’s greatest all-time stars, including Michael Jackson, Dolly Parton, Reba McEntire, and his wife, the late Rock and Roll Hall of Fame inductee Donna Summer.

Born in Brooklyn, New York, Sudano was playing the accordion by the age of four and by age 12 was playing his first paid gig. Through the mid-1960s, he served as the bassist for his first band known as Silent Souls. While performing at the popular New York club known as The Cheetah, Sudano got his first big break in the industry when he met Tommy James of Tommy James and The Shondells. The two hit it off and James ended up taking Sudano under his wing who showed him the ropes when it came to songwriting. At only 20 years of age, Sudano had already achieved his first hit song with “Ball of Fire” which he wrote along with the assistance of James.

Discussing his admiration for Sudano, Lundberg commented, “Growing up in Brooklyn during the ‘60s, singer-songwriter Bruce Sudano had to be tough, during those tumultuous times survival depended on street smarts. However, paired with the tumult, came with it a vibrant cultural energy that ran through the veins of the young. It was during this period that Bruce quickly transformed music into his calling. Half a century later, he has woven himself into the threads of music history eternally. Writing songs for the likes of Michael Jackson, Dolly Parton, Reba McEntire, and his late wife Donna Summer, Bruce Sudano has seen and done it all.

Presently in his early 70s, he now resides in Los Angeles. Still writing, though more for himself and his solo musical recordings, he reflects upon those years of youthful energy that brought about love, loss, and life. He is still fully engaged with the medium that chose him so long ago.

I sat down with the legendary singer-songwriter, to chat perspective, music, song writing, and the many unexpected complexities that life brings us all.” 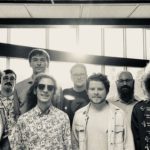 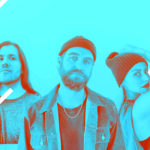