It’s been one hell of a ride, but now Corby wrecking crew Raging Speedhorn are back with their sixth studio album, Hard To Kill. Firstly, given their journey to this point, you’ve got to give these bruisers credit for surviving this far. Whereas most lesser bands would have chucked in the towel a long time ago, not Raging Speedhorn. Blood, sweat, beer, line-up changes and all manner of mayhem that we can’t talk about in a family publication, they’ve dragged themselves through it all and are still swinging.

A screech of feedback heralds opening track “Snakebite” and, before long, the Corby chaps are hurtling straight into their lager-soaked riffery sounding like the Speedhorn we know, love and, if we’re being honest, are a little bit scared of! Joining Frank Regan, Gordon Morison and Jim Palmer is new vocalist Dan Cook, guitarist Dave Leese and bassist Andy Gilmour. However, despite the new additions, listening to the band bludgeon through the vicious, gob-soaked “Hard To Kill,” it’s business as usual for the group. Regan screams his way through the title track backed up by ear-bleeding riffs the kind of which you’ve come to expect from Speedhorn by now.

When Speedhorn first punched their way into the limelight they were young and out of control. Years down the line, the band has been through the ringer both musically and personally but, as the likes of “Hammer Down” demonstrates, they’re more potent than ever. Full of sludgy, dirty riffs and the vile dual vocals of Regan and Cook, Hard To Kill is a filthy album. “Hand of God” is just nasty as fuck while “Brutality” lives up to its name – a sweat-drenched, one-two to the guts leaving you in a dribbling heap on the floor.

The album finishes with the band giving T-Rex’s classic “Children of the Revolution” a good working over. Sleazy as hell, it might be a strange choice to end an album which, up to that point, has been the musical equivalent of getting your face punched through on a Friday night but, it’s also the perfect way to end this crushing album. If there is to be a revolution any time soon, you’ll be much happier looking round to see the Speedhorn guys fighting in your corner. 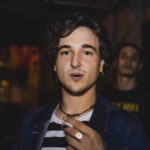 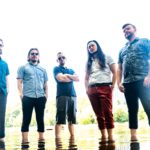