If you’re looking for a doom band to epitomize everything about the genre, then Little Rock quartet, Pallbearer would be the go-to name of the moment. Their 2017 opus, Heartless, brought them critical acclaim and, setting the standard for doom albums, the misery merchants had left themselves a tough ask to follow it up with something of that magnitude.

After just under a minute of ear-battering feedback, Forgotten Days sees the Arkansas quartet pummel into a wall of sonic power that not only makes you immediately sit up and pay attention, but also screams “Heartless? That was a mere taster of what’s to come.” By the time the doom band is powering their way through the midsection of the opener, your head will be nodding along hypnotically as you lose yourself in Pallbearer’s world of distorted, relentless riffs and vocalist Brett Campbell’s almost Ozzy Osbourne-like howls. Melancholic and heavy-hearted, the album lurches through “Riverbed” and “Stasis” before the group put on a doom metal masterclass in the form of the twelve-minute epic “Silver Wings.”

A melodic, haunting journey similar to the path the band took on Heartless, “Silver Wings” is Pallbearer at their most expansive and most epic. Obviously, their sound is built on fuzzy, punishing riffs but, as they show on this twelve-minute sense wrecker, there is so much more to their music. The quartet return to the more hypnotic style of doom for “The Quicksand of Existing” while “Vengeance & Ruination” is another droning wall of wonderful, reverb-filled doom. Fittingly, the recording closes with the eight-minute masterpiece that is “Caledonia,” a haunting display that pulls together all the qualities of the rest of the album into one complete piece of work.

Having not simply reinvented Heartless, Pallbearer has taken the epic, progressive aspect of that release—which had it rocketing to the top of many critics EOY lists—and tarred it with the kind of foundation-rocking, rib-rattling doom that will have this heralded as a classic in the genre for many years to come. 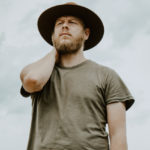 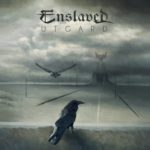