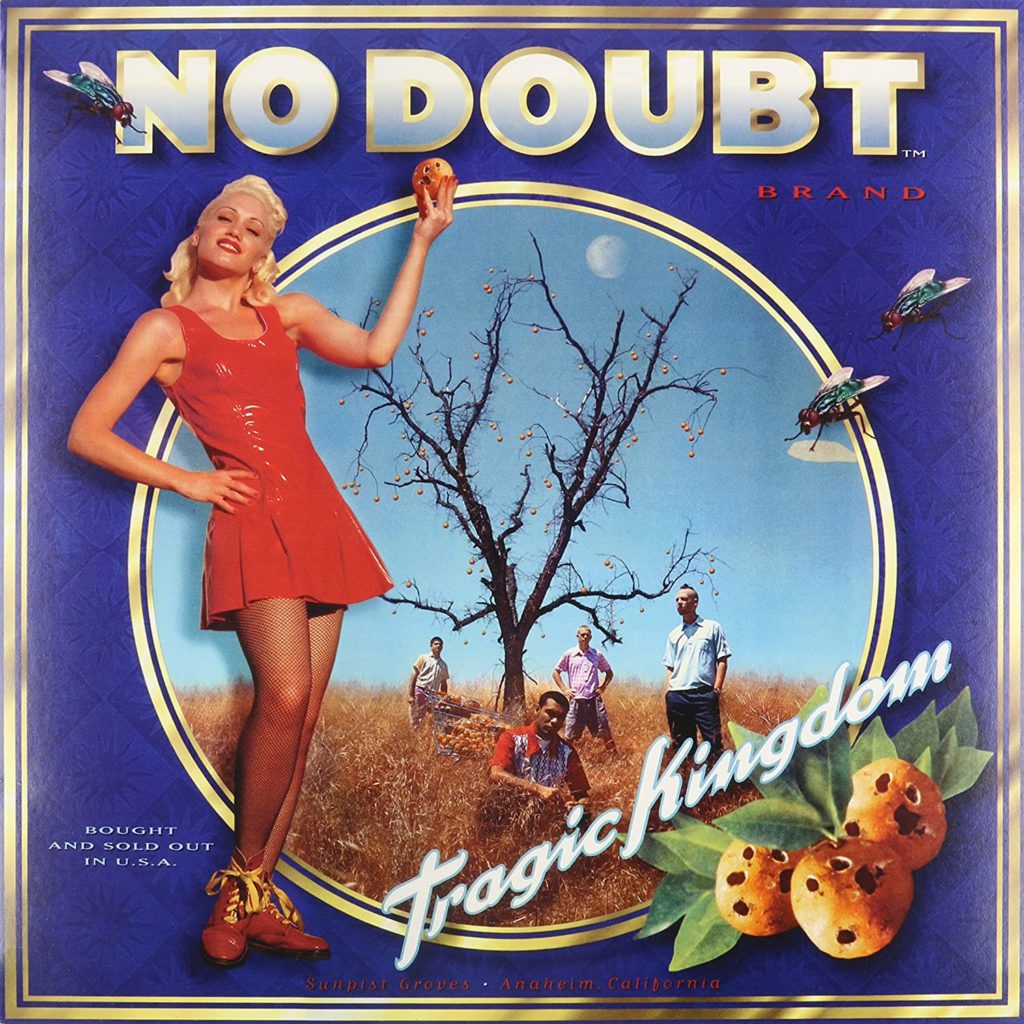 It’s a primary principle of physics — for every action there’s an equal and opposite reaction. Following the aerosol-sprayed arena rock craze of the late ‘80s came the greasy-haired grunge movement of the early ‘90s. Then, just as that poorly-dressed parade was becoming patently pedestrian, the pendulum swung back. Adios, hobos!

The title was catchy — a clever play on the world-famous theme park trademark. However, the third No Doubt record was anything but “tragic.” As they say, “When you least expect it, expect it.” And 25 years ago this week, the pendulum swung, and those crazy kids from Anaheim unleashed an unexpected beast — a surprise sensation that soon could borrow the tag of another cultural icon — “Billions and Billions Served.”

As a result of the less than spectacular sales stats generated by their self-titled 1993 debut, No Doubt hardly was a priority at Interscope Records. The band spent more than two years developing the 14-song set in various California studios — an endeavor so lengthy, they released their own self-produced sophomore set, The Beacon Street Collection in the process. Tension often informs art — and it was during the arduous Tragic Kingdom journey when founding songwriter/keyboardist Eric Stefani split from the band and longtime lovers; fashionista frontchick Gwen Stefani and rock-ribbed bassist Tony Kanal split from each other. Ah, yeah, let the “rumours” begin!

For those listening with their eyes, there might have been a perception that the sudden meteoric rise of No Doubt and the chart-crushing success of Tragic Kingdom was all based on style — the Saturday-morning-sexy singer, the attention-starved exhibitionist drummer or perhaps the band’s overall cosmic energy. But for those consuming the So-Cal combo with their ears, it clearly was all about substance — incredible songwriting and impeccable musicianship. And it was a group effort.

The quirky likability of “Spiderwebs” combined with the slashing allure of “Excuse Me Mr.” made for a mighty opening double-whammy. Urgent and unapologetic, “Just a Girl” was a massive lead-off single — so fresh and so fun — it sounded NOTHING like ANYTHING being played on the radio at the time.

But Tragic Kingdom didn’t stop with “Just a Girl.” During its astonishing two-and-half-year fertility cycle, the amorous record birthed a whopping seven singles — and with virtually NO detectable stretch marks.

Of the trove’s shiniest treasures, “Happy Now?” is a sunny-sounding break-up gem, while “Different People”  sparkles with authentic ska splendor. But it just might be “Sunday Morning” that serves as the ultimate Cracker Jack prize — earning Adrian Young an MVP nomination for his backside-blistering drum performance. And then there’s “Don’t Speak” — the heartfelt power ballad that ranks as one of the most gloriously defining tracks of the ‘90s.

While Gwen Stefani would later achieve superstar solo artist status, in this kingdom she’s merely one of the loyal subjects. Truth be told, from his songwriting credits to his monster-metal riffs to his distinctive acoustic work to his golden god-like shredding (particularly on the record-closing title track), it could be argued that Tom Dumont is the team’s true unsung hero.

In sum, No Doubt possessed the courage and confidence to step away from the in-crowd. And while the other kids were out on the playground copping a smoke, Tragic Kingdom was moving to the head of the class. A quarter-century later, it remains a straight-A “Honor Roll” student.