For those of you who are long-time fans of the Toronto indie rock scene, there’s no mistaking the name Matt Mays. Mays has been a staple of, not only his local scene but also the entire Canadian indie rock landscape for about fifteen years now, going back to his breakthrough album, 2005’s Matt Mays + El Torpedo. Since 2002, he has recorded eight studio albums, including 2012’s Coyote which earned him a Juno Award for Rock Album of The Year.

One of the most hard-working and productive artists you’ll ever meet, Mays spent much of his time under quarantine this year recording his brand new record, Dog City, officially released September 25th through Sonic Records. The album was a spontaneous project for Mays, devised after the COVID-19 pandemic began. A truly monumental release, Dog City is a concept album written from the perspective of a rescue dog, a topic near and dear to Mays’ heart. Recorded in his cold garage over the course of six weeks, it is perhaps Mays’ most honest and sincere record to date.

To get a better idea of the writing and recording process, the album concept, and its many themes, we caught up with Mays for a quick conversation about Dog City.

These days, I’m sure it’s more difficult than ever to estimate an audience’s reaction to a new album, but what has the feedback been like thus far since the release of Dog City at the end of September?

Matt Mays: “The feedback has been simply nuts. My listener family are incredibly supportive and I’m extremely grateful for that. Then add in the dog people and then you have a really great bunch digging the tunes together!”

It’s obviously such a strange time in general but it really presents some challenges when a musician is ready to release new music. Did you originally intend to release Dog City sooner or if not was any consideration given to delaying it from its September release date?

“I actually released it on Bandcamp on the day I finished the last song on May 17th! It was extremely liberating. Most people (myself included) usually don’t release their albums until four to six months after they finish them. It felt great to release Dog City right after I sang the last vocal.”

Dog City was primarily written after the quarantine began this past March. At the beginning of the year were you planning on recording a new album this year or did the idea to record one just arise after the lockdown began?

“I was planning on recording a full album with my band. I have a zillion songs ready to try with them but when shit went down I kind of felt this pull to start something completely new from scratch. Songs and all.”

These are such vastly different circumstances to be writing and recording an album in as compared to your previous seven records. Did you find it more (or maybe less) challenging to be recording during a time when there has been no prospect of playing live or getting into any other projects?

“Not knowing what was really going on seemed conducive to the process. The spare time, mixed with anxiety and introspection, unfortunately, seem to be a really good cocktail in the ol’ creative department.”

You recorded the album primarily in your garage over the course of several weeks. Have you ever recorded any of your previous albums at home or was this the first time?

“I think I’ve done a fair share of my last albums at home, but not like this one. I built a recording studio in a guitar flight case so that I could move around the house to find quiet spaces. I ended up in the garage most of the time. It was a cold process but organically charging!”

Musically, how would you say Dog City differs from your last album, 2018’s Twice Upon a Hell of a Time?

“I wrote twelve of the songs all in about three weeks in sort of a crazed state. I’d go to bed super early because I couldn’t wait to get up and start working again. It’s the first time I’ve ever really worked like that. I’m assuming that process gave this album a vibe different than the rest.”

Let’s talk about Dog City from a thematic point of view. The record was written from the point of view of a rescue dog which I think shows a really caring, compassionate side to you as a songwriter. How did this idea to write from this perspective come about?

“The idea of Dog City I’ve had for years. I spend a lot of time in dog parks and I call the one closest to my house ‘Dog City.’ Seeing the world through the eyes of the most compassionate animal on earth felt really good to do during that initial lockdown. All that really seemed real to me then was love, loyalty, and companionship. It was a safe zone for me and it still is.”

To write an album like this, I would assume that you’re a real dog lover. Are you a person who’s always ensured that you have a dog as part of your life?

“I was a late bloomer in doggy world. I’m only about ten years in and I CAN’T IMAGINE living without dogs in my life now.”

I think it’s a great time to be emphasizing themes such as compassion, love, and freedom which you do on Dog City. Would you say these themes were really motivated by our current times and the distance we’ve been forced to keep from those close to us?

“Freedom is something that we all take for granted every day and a massive cost was paid for us to have it. One good thing about this lockdown is that it forces us all to be more grateful much more often and pull all that is important much closer in.”

What would you say you’re most proud of with Dog City? What aspect of it really stands out for you?

“I’m proud that I had the guts to make a record in a month and put it out right away. It shouldn’t be but up until now it has been a really difficult thing for me to do.”

It’s hard to predict the future right now but what are you hoping to be doing musically come the new year? 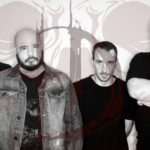 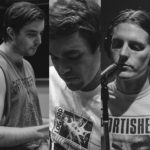