Powers took a gamble in 2015 by uprooting the band from Knoxville, Tennessee to the seductive city of New Orleans. “I’ve spent the past 5 years listening to this city and I’ve channeled these songs out that time,” says Powers. “There is a lot of dancing here, but also a lot of searching.” Powers has found many reasons to continue writing uplifting music, especially thanks to the incredible group of performers who surround him.

Distilled within the nine tracks is an expanse of danceable dreamscapes channelled to Powers throughout his time in the city. Despite a complete line-up change and many years of listening, learning, discovery and rediscovery, Marina Orchestra has survived this big gamble, and Night Life is proof of that. “This is the album I never thought I’d make,” says Powers. “When I left Tennessee for New Orleans I had no idea what was ahead of me. 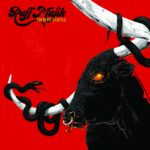 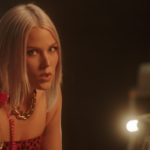