We’re going international today and giving you a little Pacific flavour with Vietnamese singer Mai Phuong. The artist is debuting her latest music video for “I’ll Give My Soul.” The stunning, emotionally-driven video is actually for an acoustic take on the track, one of a few different versions of the song that have been recently released. Aside from the original mix, Mai has also released two different remixed versions, with each showing a different side of Mai as an artist.

With regards to the acoustic version of “I’ll Give My Soul,” Mai pushed for it to represent both power and strength which is why she decided to scale things back and do a stripped-down interpretation. In this way, listeners could better connect with the actual message of the lyrics and feel a more spiritual connection with the song.

With some words about the song and video, Mai stated, “I really poured my soul into this song. We wanted the video to be authentic and you can feel the emotions from the song. In addition, throughout the video viewers will get a sample of She-King and the scene where the original version of I’ll Give My Soul was first featured.”

The She-King that Mai is referring to is an extremely popular animated television series produced by TNA Entertainment. Viewers of the show will known Mai as the voice of the character Bat Nan where she has also found an audience thanks to her splendid voice over work. Aside from her musical career, Mai is also becoming a popular voice actor in her native Vietnam. Although she balances two careers, music is ultimately where her heart is and her primary creative endeavour. As a musician, Mai has made herself well known through her roles in various Vietnamese bands, including Age 20, It’s The time, and most recently, A7N.

With many years of experience playing with other musicians, Mai is more than ready to branch out on her own. With her solo career beginning to soar, you can expect a lot more creative output from Mai coming very soon. 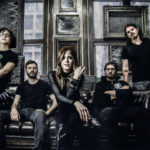 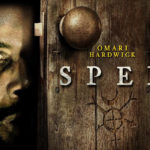