Let’s check out a different side to indie rock group LUMER today, shall we? We’re talking about the more stripped-down, minimalistic version of the band with the release of the acoustic version of “The Sheets,” the latest single (and one of the many highlights found) off their new EP, The Disappearing Act.

It’s a starkly different interpretation of the single as compared to its studio recording which features more of a classic, post-punk sound with a dash of new wave. The acoustic version is more direct and really emphasizes lead singer Alex Evans’ meaningful lyrics, as he hangs on every word. There’s a certain mysterious quality to “The Sheets” in acoustic form, with a more moody sound that accentuates its differences from its studio counterpart.

Explaining his motivation for recording an acoustic version of “The Sheets,” Evans stated, “After the lockdown, I thought it would be a good idea to take a trip to our delightful neighbouring settlement of France. As I got a tattoo in a place that resembled something from an Alan Poe novel, I decided it was the perfect place for our single ‘Sheets’ to be acoustically envisioned. It was the song I probably held closest to my heart so it seemed a fitting number to play alone in a mysterious room.”

If the four members of LUMER had have enjoyed school, there’s a good chance they may never have formed the band. The origins of the post-punk outfit extend back to when they all met in school and decided to form a band as a means of procrastinating from focusing on their homework. Eventually, the guys realized that they had something more than just a garage band and their growing presence caught the attention of Hedi Slimane, the Creative Director of Celine and one of the most renowned fashion photographers in the world, having previously worked with Courtney Love, Beck, and Mark Ronson.

As part of his work at Celine, Slimane started a music-focused program that highlights young and up and coming artists which led to his relationship with Lumer. Since forming, the band has developed great skill at highlighting the traumatic state of the world with a certain poetic romance which makes them an extremely endearing assemblage for music fans looking for something a little more artful and a little less conventional. 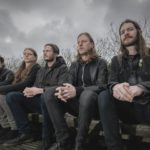 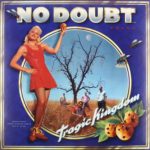