We’ve all reached that point before… You know the one, where you’ve had enough and those four magical words “I don’t need you” come flying out of your mouth. Well, singer and songwriter Larry Gee is recognizing this unfortunate and awkward occasion with his brand new single “Don’t Need U.”

Back after a self-imposed musical hiatus, Gee has come out firing with this masterfully-produced pop gem, featuring laid back production with some beautifully sounding jazz undertones. Underneath it all are some dispirited lyrics from Gee which pronounce that the end has finally arrived, both parties have reached the point where love and trust have broken into a thousand little pieces. It’s a painful memory that is all too real for so many people which makes this one of the most relatable songs Gee’s ever written.

In his own words with regards to his new single, Gee stated, “‘Don’t Need U’ is about that point in the relationship where things started to deteriorate right before the end. She had checked out and wasn’t present anymore. We both felt like the other one needed the other more than we did. It was setting the stage for the end.”

The past decade has been particularly productive for Gee as he has pursued his solo career to the fullest. In 2005, he formed the Dallas area group Odis, a rock-oriented band that had a solid five year run of touring, and recording. By 2010, Gee realized that rock n’ roll wasn’t for him which motivated him to go solo and pursue his real musical calling in life, soul music.

Over the years, Gee has become a mainstay of the pop landscape, well regarded as a songwriter for artists such as 4 Door Theatre, We Are Empty, and Paul Pfau. As a performer, he has made appearances on Jimmy Kimmel Live!, travelled across the United States on the Vans Warped Tour, and shared the stage with artists Erykah Badu, Leon Bridges, Washed Out, Alabama Shakes, One Republic, and G-Eazy. Engaging, captivating, and full of intrigue, Larry Gee is everything you could possibly want in a songwriter. 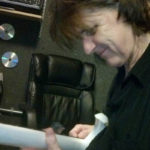 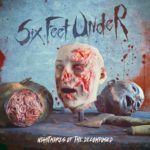 Six Feet Under – ‘Nightmares of the Decomposed’ [Album Review]