Trading in his guitar for a synthesizer has been nothing short of a musical emancipation for musician Josh White. White, a multi-talented, Toronto-area artist, is ready to unleash his new musical project, Other Infinities, with the release of the debut album, Smaller Than Some. It’s a huge artistic U-turn that White has taken from his previous guitar-based music and the result is ten tracks of electronic-infused indie rock goodness that casts a wide appeal to fans of rock, pop, electronica, and all styles in between.

Explaining the background behind which he created Other Infinities, White said, “Smaller Than Some is a very different collection of music than anything I’ve put out before. Working more independently than my last music project, I realized all the arbitrary rules I was giving myself like staying away from too much of an electronic sound. Once I decided that I didn’t have to stick to one style, a whole new world opened up. Trading some guitar riffs for synthesizers, I feel like my music has never been so good because. Recording, mixing, and producing it all on my own (with exception for having a friend record a few drum tracks), I was really able to fully explore the limits of what I can do.”

Previous to Other Infinities, White was fully committed to rock n’ roll as part of the band Modest Apollo, a more traditional rock ensemble that released a debut album titled Postsocial. The band released the album while White was interning at a recording studio during his university years. Although generally satisfied with the results, Postsocial was a relatively standard rock album and did not quite reach the heights that White felt he was capable of achieving. After learning more about mixing while interning and through listening to more synth-pop and electronic music, White set out to record something totally different from Modest Apollo, all from the comfort of his apartment. Using fairly basic gear, White recorded Smaller Than Some completely on his own, creating an album that stretches sonically far beyond what he felt capable of making at this point in his recording career.

In conjunction with the premiere of Smaller Than Some, we spoke with White to learn more about the record, how it differs from his previous recordings, and what his future plans are for Other Infinities.

Smaller Than Some is, of course, your new record and it’s just coming out this week. I can imagine that this must be a terrifying experience for you to be finally releasing the album. Are you feeling a lot of nerves about its release?

Josh White: “I don’t think it’s very nerve-wracking for me. It was a long time in the works, so there is some sense of concern that it might not be perfect, but I’ve made peace with that. I think it might just be because I have nothing to lose by releasing it. Working on it entirely by myself in my apartment, I don’t have to break even on any money invested; it’s just kind of a hobby that I can now share with the world. I imagine if I get signed to a label, I will feel all the nerves about my releases.”

You mentioned that Smaller Than Some is very different from any musical project you’ve worked on before and you felt more liberty to try to write and record in new ways. What made you decide to open this project up and take a more liberal approach to your songwriting?

“This time around, I was working entirely on my own; writing, recording, mixing, everything. My last music project was with a band, and we stuck to a general sound. I did most of the recording on my own in that situation too, but working with another songwriter, musical exploration can get grounded a bit. It wasn’t bad by any means, but I felt we had to stick to a certain vision of the record. With Smaller Than Some, I would scrap original visions in favour of a whole new style because no one would tell me otherwise. This led to bringing in more electronic sounds that I’ve never really ventured into, but am really happy I went with.”

You also mentioned that you worked more independently on Smaller Than Some than your previous recordings. Was this written and recorded completely on your own? Or did you get any assistance at all at any point in the process?

“This project was 98 percent on my own. The only assistance I got was bringing in my friend Kyle Lawton to lay down drum tracks on a kit I had rented for the week. As much as I can do, drums are the one instrument that I have very little experience with. Some songs just wouldn’t do with what I had to offer. I wanted drum fills, more creative beats, and something more human than automated drums. I have played with Kyle before and it has always meshed well. So in an afternoon, we blew through about five tracks and called it. So yeah, the album is all me save for the drums on about half the tracks.”

Take us through the early days of beginning work on Smaller Than Some. What were some of your early goals for the album when you set out to start writing and recording?

“I don’t think I had an album in mind when I started writing/recording so I’m not sure I had any goals for it. For a while it was just something I did because I enjoyed it. I took a bit of break from songwriting after my previous project, and then I found myself at it again. The recording sessions came from just wanting to flesh out songs to share with my family. At a certain point, it just became a new project and was shaping into an album. Overall, two songs I had written for a while without doing anything with them, a few more were half-written, and a couple stragglers were written once I knew this was going to be an album.”

Writing on your own can be an isolating experience. Did you seek feedback on any songs that you were working on? Or were you certain of the vision you had for your music?

“I did share my music with a few select friends and family, but I never really sought out feedback. I mostly just wanted to hear if they liked it, but I never got much in the way things I should change. I probably wouldn’t have listened anyway. It never felt isolating though, maybe because I had so many people in my life that I could interact with outside of my music.”

What are you thinking about next for Other Infinities? Are you planning to develop the project further and record some more?

“I think we will see more of Other Infinities. In the few weeks since finishing Smaller Than Some, I’ve already started getting melodies and song ideas popping into my head. I’m definitely going to give myself a break, but it won’t be long before my next album is in its early stages.” 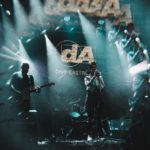 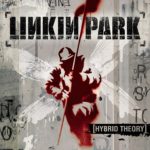