Fresh multi-genre artist, Johnny Gillespie has just today released his debut self-titled album. The project comes after Gillespie decided to use his music as an outlet for his personal struggles and as a way to connect to others. As someone dealing with bipolar disorder, Gillespie knows how overwhelming and tough the human experience can be. Johnny Gillespie is a look into the artist’s life with topics ranging from mental health to romance. “I feel like I really captured the moments of living life, no matter what the struggle may be,” says Gillespie.

Listeners can enjoy an album of 16 tracks, including fan-favorites like “Day by Day” and “Set Me On Fire.” The artist prides himself on never sticking to one genre – as seen in his latest releases like “Candy,” a modern country song with a hip-hop flair. Gillespie is thankful for his loved ones who pushed him to pursue music after a 3-year hiatus. “I was challenged by so many people telling me to be as honest as I could so people could relate…and for that I’m grateful,” says Gillespie. He dedicates Johnny Gillespie to those in need of mental health help. “Remember the hardest part is asking for help,” says Gillespie. “But when you muster up the courage to ask, you’re free.”

“I feel as an artist it’s my duty to go into the darkness and bring something back that’s tangible for the world to love.” -Johnny Gillespie

Johnny Gillespie is a California native whose music seamlessly blends the lines between alternative pop, country, and rock. He draws inspiration from all genres and from influences such as Sublime’s Bradley Nowell and Marshal Mathers. Gillespie strives to maintain a sense of uniqueness in everything he creates. “I don’t want to sound like anyone other than me,” says Gillespie. Throughout the span of his career, Gillespie has worked with Ronnie King (Gillespie’s mentor) a record producer known for his work with legends like Tupac and Mariah Carey. Gillespie has also worked with Casey Sullivan (from Seedless) and collaborated with producer Bradley Denniston (G-Eazy, Gotye).

After rediscovering himself and his mission in music when he became sober, Gillespie decided to make art that reflected the inspiration he needed in his darkest days. The singer dealt with health issues as a child and found music as a way of connecting with people. His music maintains a sense of uplifting motivation through lyrics and sound. “If life ain’t fair get a new perspective,” sings Gillespie in his single “Day by Day.” 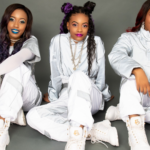 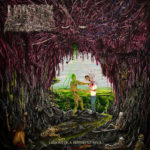