From a crap job to a crap relationship, life wasn’t great for Ross Gordon, frontman for Scottish rockers Cold Years. Thankfully, through a mutual love of music, Ross joined up with four friends to do something about it and you can hear the results of years of going nowhere on their brilliant new album, Paradise.

V13 recently sat down with Ross to have a chat about his past, what he learned from his early years, and, more importantly, what advice he would give someone in a similar situation dreaming of paradise.

Thanks for your time, how does it feel to finally have your debut album Paradise out?

Ross: “To be honest… incredible. That record consumed two full years of all our lives. I’m so proud of it, and frankly glad it was delayed because lyrically it’s more relevant than ever.”

Given the current situation, what was it like writing the album? Was it all written before lockdown?

“We started writing it two years ago, and right up until recording was wrapped in November 2019. I can’t imagine how hard it would have been to pull together if we had to do it through that mess.”

And how has the restrictions affected your plans?

“No touring. It’s heartbreaking. One of the best things about being in a band is touring. Seeing people in the flesh. Playing to them and getting the reaction from the audience. It’s like a drug. And we are in serious withdrawal. We played a show in Germany this month and it’s the one and only show we will do this year and that’s so depressing. Fuck this virus and fuck our Government.”

I believe the album is inspired by life in your birth town. Was the album an outlet for your frustrations?

“Yeah, I guess so. It’s built on growing up to hate where you are from, but no matter how much you resent it, it stays a part of you. I had a crappy relationship, a crappy job, and a crappy outlook on life and it was all amplified because of my hometown. Thankfully, all that has changed.”

A lot of people go through the same frustrations, what advice would you give them?

“Get in the van, get out. Cut out people who are poison, and live your life free.”

What was the most important lesson you learned about surviving in a town which offered you very little?

“Be yourself and don’t give a fuck about what anyone thinks about you. Don’t listen to people who tell you what you should be doing with your life. Inevitably enough, they are wrong. There’s no diversity where I am from. You can’t be yourself. Oh, and it’s built on oil and gas.”

On the flip side though, what is your idea of paradise?

“Anywhere but the aforementioned. To be honest, I’m living it now.”

What has been the reaction from friends and people in your home town to you releasing an album and being successful? Any jealousy?

“I wouldn’t say that at all. If anything it’s the opposite. We’ve had nothing but support! There’s no bad feeling here. Not that any of us have noticed. If there was, I wouldn’t care anyway.”

Growing up in school, what did you want to be?

“I don’t actually know. I hated school. I was too busy jamming with my friends instead of going to class [laughs].”

And where next for Cold Years? What does 2021 hold in store for the band?

“Maybe another record, and hopefully touring. I really hope the world opens up soon. It’s such a joke right now. Our government will hopefully invest some money in the industry to keep it going. A world without live music is a world without culture. It’s probably a cheaper bill than Boris’ last expenses claim.”

Music is a great outlet for many people in your situation. Is music the common interest that brought Cold Years together and if so, which bands and albums?

“Yeah absolutely. We were all brought up on different music though. I was brought up on punk rock, Fraser on hardcore, Finlay on classic rock, and Louis on ‘50s rock n roll. So, while there is always gonna be a crossover, I think we were kinda just brought together because of a mutual love for playing music rather than any specific bands.”

What is the music scene like in your home town and what were your early days like as a fledgling band?

“Good, I guess. I mean it’s fucked now. Aberdeen City Council are bastards. They are systematically closing our venues and replacing them with real estate. Because they are losers. They see music as a dangerous subculture unless it’s a fucking Steps reunion tour at the AECC. There are some cool bands around Aberdeen right now. Van Sleep, Gerry Jablonski Band, The Templesons, Dude Trips. Check em out.”

Thanks for your time, and good luck with the album. Just to finish how would you sum up 2020 for the band?

“A mixed bag. But we have had the opportunity to do more than most bands this year and we are eternally grateful for that. Long live live music!” 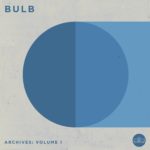 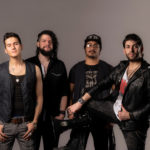