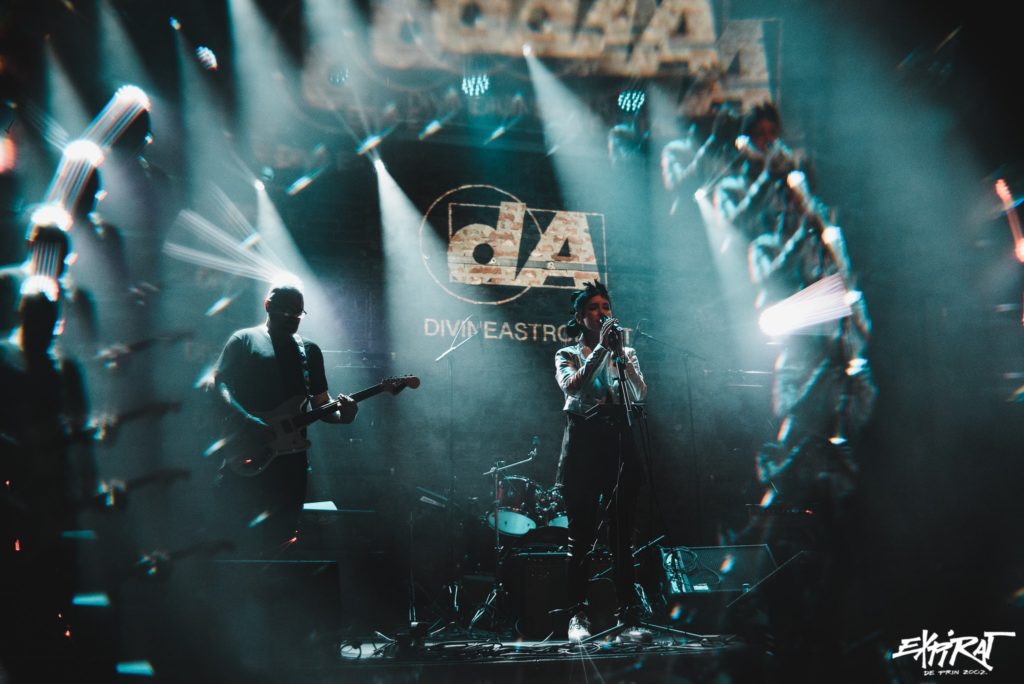 Dark, provocative, and alluring, Divine Astronaut are landing right before your eyes with the brand new music video for their latest single, “Ransom.” The duo, led by lead singer Livvy Holland and producer/multi-instrumentalist Moonhead, has concocted a slick piece of electronica, with an eerie and mysterious video that gives you a close-up view of both Holland’s emotive singing and Moonhead’s slick finger work on his electric guitar.

The song itself looks at the price we often pay for our obsessions and the addictive nature of mankind. It’s about the inner conversation that we must have with ourselves to be able to forgive our minds and allow ourselves to move on from the challenges of the past. Musically, “Ransom” shines in its recognition of many of the great rock artists of the past and present who have smoothly combined the best of rock and electronic music, such as Bjork, Peter Gabriel, Nine Inch Nails, Radiohead, Bjork, Portishead, and Massive Attack.

Discussing the shifts in the song’s direction, the duo stated, “We started writing ‘Ransom’ in LA, continued in Romania and Moonhead finished it in Germany. As with its geographical shifts, the song itself took really big turns musically and stylistically touching which brought in some heavier and industrial elements, and also made it less pop and more sparse in certain areas.”

It was only last year that Holland and Moonhead conjured up the idea for Divine Astronaut, flying in a plane somewhere over Europe. Disappointed at the lack of electronic artists from the 1990s still active in the current musical landscape, Moonhead felt the time was right to create an act that would pay tribute to these artists, while also pushing the genre forward. Holland very much agreed with her collaborator’s point of view and the two vowed to start writing music together as soon as they could.

It was not long after this flight that Holland and Moonhead began work on their debut album, Made Not In Berlin, which is due out in the new year. Not to be overlooked, the album is being preceded by their debut EP 4 which is coming on November 20th via M&O Music. With a determined ambition and a lot of new music on the way, it’s very much the time to jump on the Divine Astronaut bandwagon.