And thus we reach the final numbered volume in the mammoth Bulb Archives series (only the Electronic one left to go after this, which promises to be a doozy), an emotional and vibrant journey that has given us a lot to ponder about its creator, the massively talented Misha Mansoor. We’ve seen his progression as a songwriter and writer of riffs, his command of the djent genre, and just how far he can colour outside the box when he feels like it; and it all feels like it’s been building up to Archives: Volume 1, the strongest of the bunch.

At a scant half-hour and seven tracks, each song has a focus and impact that cannot be beaten. And, as a screenshot of the artist and removing any pigeonholing, there is a distinct lack of djent here, which is refreshing and also highlights other areas that he now commands. Besides two tracks that drag on just a little too long without purpose, the rest are complete bangers, and even those two have a shitload going for them: “Godma” loses attention in the latter half but otherwise is crushing and swollen with emotion; and “Soul Crush” is, as the name implies, a complete chug festival that relies on groove and rhythm more than monolithic djent shifts from time signature to time signature.

“Logical” is absolutely furious aggression with shades of tonal kaleidoscopes, crushing heavy metal encircled by ethereal cosmic keys, and a suave electronica mid-section that plays out with a battle between the dark and the light. “Love Death” is emotional groove metal that houses an intro of serious chug and cascading sweeps, a beautiful and tasteful guitar melody line, and is progressive without being overly technical. And as a palette-cleanser, “Pod Xt Test Song” is a minute-an-a-half sludgefest awash in spiralling guitar lyricism that could have been a throwaway if it wasn’t so damn tasty.

“Resonance” oozes emo prog metal as in his daily guise as the guitarist in Periphery, very heavy, prone to major scales, and a total hair metal/power ballad solo packed with lush note choices that hit every peak (as he always does). But it is the final song, “The Second Taste Of Life,” that offers up the wider picture of Mansoor as an artist. Elevated enormously by a great ghostly female vocal and loaded with eager percussion and lilting, eerie strings, it has an emotional climax lifted up by vibrant piano and guitar work that just won’t quit.

As the most recent of the Bulb recordings, Archives: Volume 1 is a snapshot of where the man is musically and possibly where he’s headed, and the future definitely looks bright. The confidence levels are high without being pretentious, but this also allows Mansoor the freedom to create without boundaries, and he clearly has a lot more to share with us. An absolute gem of a record, and the jewel in the Archives crown. 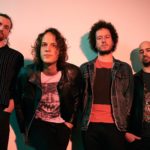 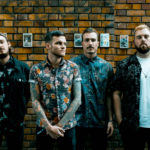 From Dumpsville to Paradise; an Interview with Cold Years Frontman Ross Gordon