At this stage in their career, for Anaal Nathrakh to put out anything different would be doing themselves and their fans a disservice. When you see their name on an album cover, you don’t expect anything other than face-ripping, gut-wrenching, eardrum raping, sonic hell. Which is exactly what they have delivered on their eleventh, and latest offering, Endarkenment (Metal Blade).

Wasting no time in getting down to business, the band hurtle straight into the title track at about 200mph. Giving the listener no chance to ease into things, the extreme metal outfit is clearly in no mood to mess about or give you an easy ride. Played at a vein-busting speed throughout, the beauty (if that’s a word you can associate with this group) of their music is in the twists and turns on which it takes you. Yes, the crux of their music is ferocious and clinical metal but, dig into tracks like “Libidinous (a Pig with Cocks in its Eyes” or “Feeding The Death Machine” and you’ll find so much more than just balls-out fury.

Clean vocals, hooky choruses, machine-like industrial metal, hateful black metal and punishing grindcore, Endarkenment sees the band cram as much extremity into forty minutes as they possibly can. Maintaining their intensity levels throughout, “Singularity” is the musical equivalent of taking a baseball bat to the guts while “Punish Them” is three-and-a-half minutes of unpleasant bile-drenched filth.

Fans of the band will find no surprises on Endarkenment, it’s exactly the same kind of filth the extremists have been spewing up for twenty years now. Given these troubled times in which we live, it comes as no surprise to hear that they’re still capable of spitting out such level of ferocity; so if you want the perfect soundtrack to living in this fucked-up world, this dark-souled, black-hearted bastard of a record could well be it.

1. Endarkenment
2. Thus, Always, To Tyrants
3. The Age Of Starlight Ends
4. Libidinous (A Pig With Cocks In Its Eyes)
5. Beyond Words
6. Feeding The Death Machine
7. Create Art, Though the World May Perish
8. Singularity
9. Punish Them
10. Requiem 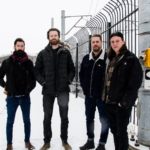 Purely Provocative: Wild Once Discuss the More Outrageous Side of Life in a Rock Band 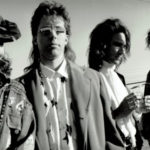