There’s an old saying, which you probably already know, that says only the strong will survive. The parameters of that saying have been pushed far and wide over the last several months and indie rockers 12 Limbs (who we introduced you to earlier this year with their “In My Room” music video) are making sure to acknowledge that with their brand new music video, “Memoirs.”

A straight-forward, no-nonsense performance video, “Memoirs” was written and recorded during the quarantine, and lyrically heavily influenced by our current global predicament. The song is a bold statement on remaining strong and determined during these uncertain times, inspiring you to have a little fight in you even if you’re feeling uninspired or a little bit afraid. “Memoirs” recognizes the precious moments we’re losing in our lives as we try to function within the world’s new normal of social distancing. The band warns that if we give in to the fear of complete isolation, we’ll have no memories, good or bad, to look back on in the future, leaving each of us in a precarious position.

Explaining the context behind the new single, lead singer Ben Levit commented, “‘Memoirs’ is our fight back song, our way of showing strength against this whole pandemic situation. None of us are immune to COVID-19, we know that, and recently my own family became COVID victims. But during the heavy lockdown days, we felt that we needed to rise up and write a message of hope and strength for everyone; that’s how ‘Memoirs’ was conceived.

Being limited with gigs during these times, we decided to record a string of lives sessions in August. We had a collection of great new tracks, but at that point, we didn’t know which track should become the next single. Playing ‘Memoirs’ live was emotionally the highest point of the day, because it resonated with our feelings at the moment so perfectly. No surprise this video was the best from 5 pieces we recorded. So ‘Memoirs’ becomes our first official single release since the pandemic began. It’s our message to everyone to make the most of every day, no matter what obstacles you’re facing.”

Obviously, rock n’ roll and its legacy has always been dependent on live performance and the incomparable interaction between performer and audience which has been painfully stripped away during this time. The pandemic has forced 12 Limbs, and other such indie acts, to rethink their approach to music and how they connect with their fans. In response, the band has gone to extra effort to use the internet and social media to provide them with some sort of touchpoint with their dedicated followers.

Coming together in 2003, there’s a lot of experience within this group which has helped them form a musical chemistry that can only be referred to as instinctive. “Memoirs” is a prelude to a debut album that will be released in 2021. Ready to stand out from the crowd, 12 Limbs want you to take back your life and make sure that you don’t lose out on those precious memories that only come once in a lifetime. 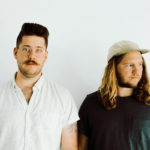 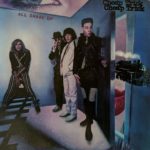