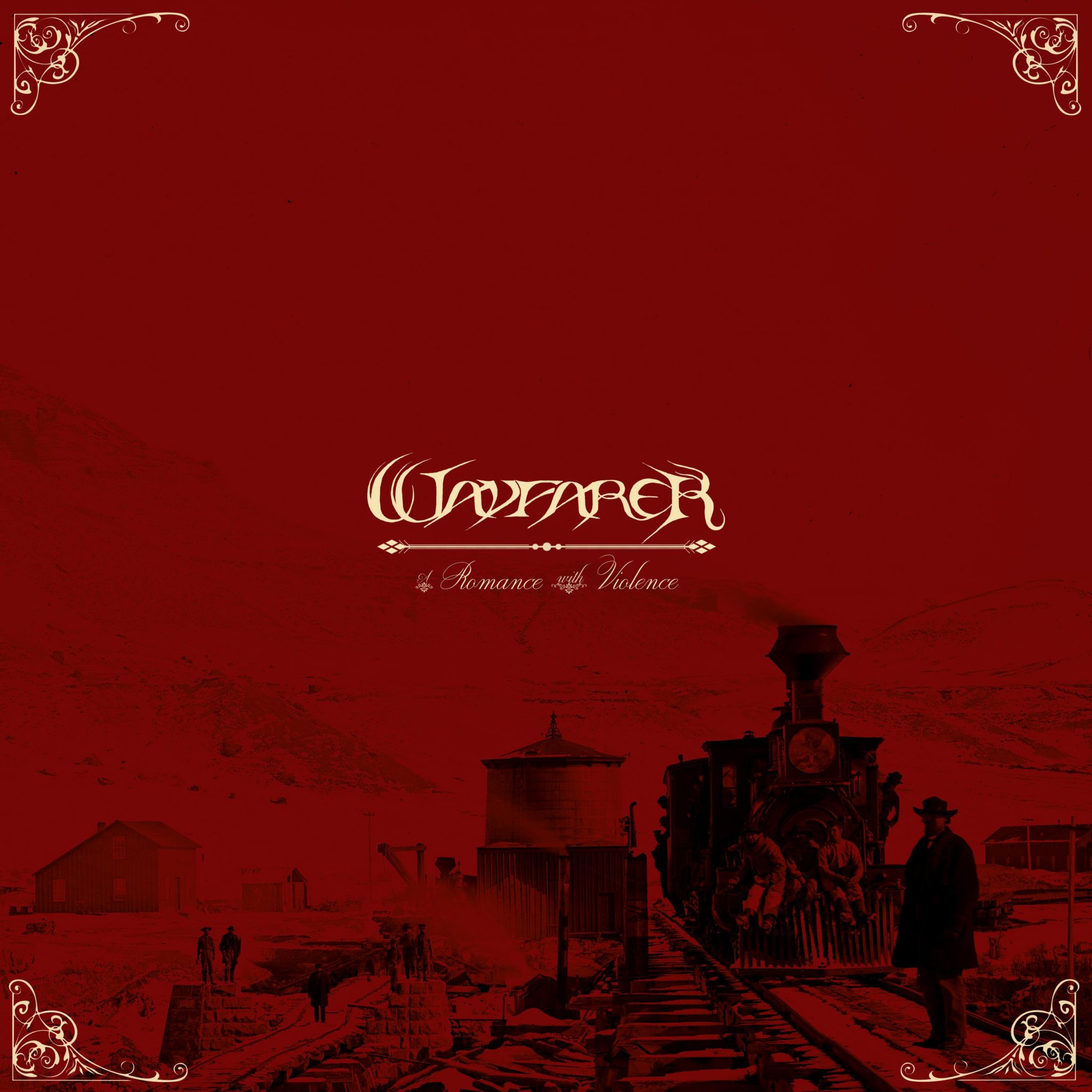 It’s been only two years, but it feels even longer since I delved into Colorado-based black metal outfit Wayfarer’s World’s Blood album (read our review here); and the standout from the last record is still as strongly represented as ever on their latest, A Romance With Violence. I refer, of course, to the evocative nature of this band’s music and its ability to conjure the sprawling, dusty and dangerous memories that are littered throughout Americana. Sure, there may be some clichés thrown in that mix – such as the stretched-tape, vinyl dust introducing “The Curtain Pulls Back” – but overall, the feelings of isolation, abandonment and downright insignificance in the face of nature that have typified their back catalogue is still one hundred percent intact. What they do introduce, however, is a little more of a narrative element as this record winds its path through seven romantic, semi-historic vignettes – a “Ballad of Buster Scruggs” delivered via black metal, if you will.

Highlights that really drive this impression home include “Fire and Gold,” where acoustic strumming rings tinnily behind the main theme while cantering percussion conveys horseback rhythms. The softer, cleaner vocal work here, coupled with gentler organ work may not be textbook black metal, but it’s delivered with as much sinister malevolence as anything Tsjuder or Archgoat could dredge up, while still actively recalling the Alcest/Agalloch associations Wayfarer are renowned for. The upbeat “Masquerade of the Gunslinger” that follows may slide back into more familiar blackened territory, but the dominant imagery is still more parched desert sand than snow-clad forest. Even the stabbing chords laid on acoustic arpeggios over the bridge section have more in common with Southern groove metal than Scandinavian frost.

“The Iron Horse (Gallows Frontier, Act II)” paints images of unbridled growth, of material desire and of unthinking exploitation of resources, set against a convincing backdrop of an unsettled, expanding railroad-frontier America in flux.

And let’s not even get started on the country riffing in “Vaudeville.” While the original late 19th-century movement may have celebrated light entertainment without deeper psychological or moral implications, there is a profundity hard at work in Wayfarer’s version that would not have sat well with those patrons of yore. The escapist themes of burlesque and comedy are obliterated in a yearning paean to times past and roles forgotten on life’s unforgiving stage. Here, more than anywhere else, is the theme of A Romance With Violence made pertinently clear.

While this kind of concept album may strike some leather-and-nails-clad kvltists as improper use of the genre, the inherent dissonance, atmosphere and bleakness of black metal are actually perfectly suited to the imagery and themes. In much the same way as Dutch horror metal act Carach Angren is occasionally denigrated for their appropriation of black metal tropes, Wayfarer may face similar divisive attitudes: personally, I feel the music is, in this case, more a vehicle of expression than a lifestyle and its usage is still authentic, so I say bring it on. The creative world – and performing arts especially – has undergone far too much of a shift lately for purists to be taken too seriously. As long as no actual disrespect is shown (take Steel Panther’s abominable “Let’s Get High Tonight” video as an example of severe and objectionable disregard) even tongue-in-cheek uses of black metal tropes should be welcomed as a creative injection for the genre.

Even a parody as farcical as this fake commercial for “Black Metal Barbie” still shows an appreciation for the history and technique of black metal.

Wayfarer has stuck to their guns (old west pun intended) and is reaping the benefits; here’s a band that has taken a fundamental recipe for atmospheric black metal and improved the audio flavour profile by adding their own flair and have ended up creating a signature sound in the process – something all too few black metal artists achieve. A Romance with Violence is well-named indeed, marrying sensitivity and fury, all the while imparting a cinematic, visual and evocative flair.

A Romance with Violence Track Listing: