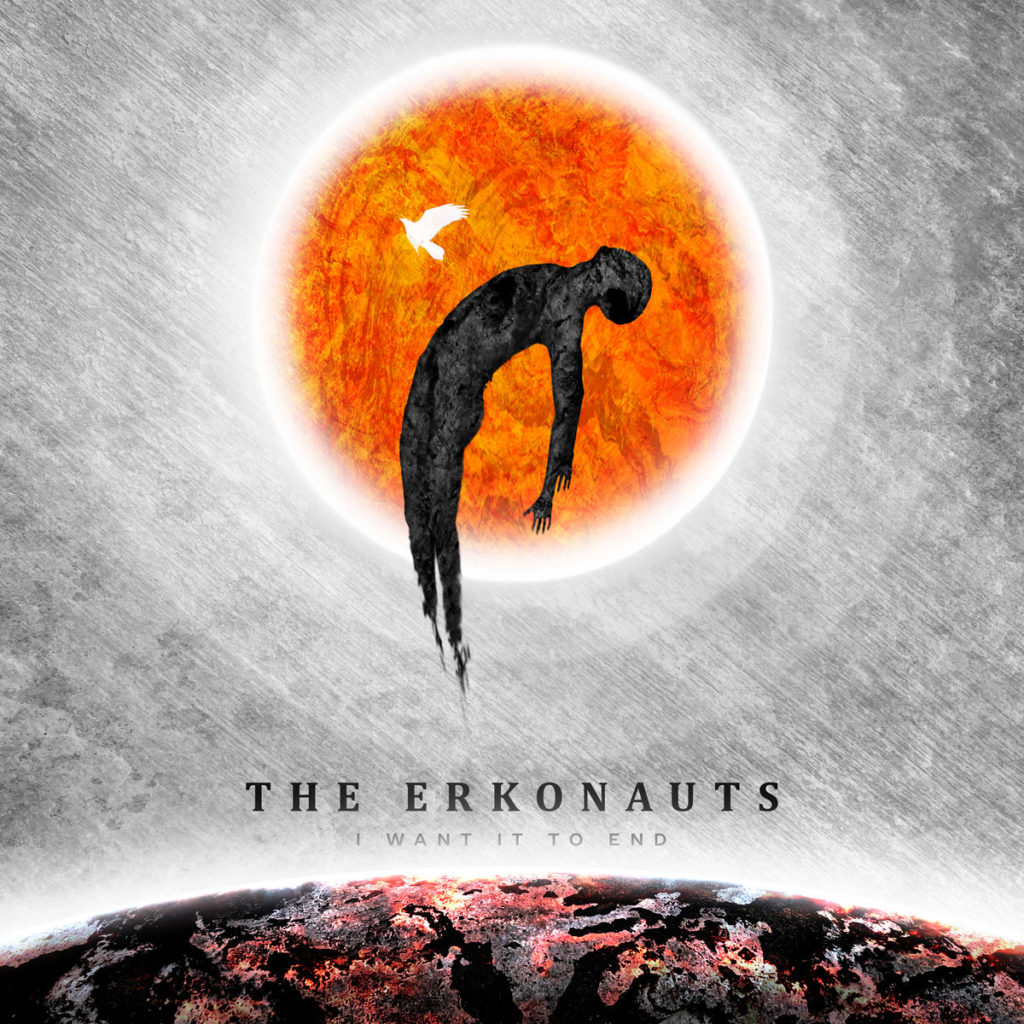 Swiss quartet The Erkonauts are back with their third album, I Want It To End, which continues to develop the strikingly original sound that garnered them international acclaim for their first two releases. The Erkonauts are fiendishly difficult to describe – with elements of prog, post-rock, alt-metal and hardcore, their sound manages to be both challenging and entertaining, dark yet humorous, frantic yet well-paced, constantly surprising but still consistent. Confused? You won’t be, because with typical Swiss modesty the immense technicality of The Erkonauts is masked by the sheer enjoyment-factor of this album.

It’s a sign of a band’s originality when you can’t think of a single other act to compare them to. Motorhead, perhaps, for the prominent basslines and rock factor; Mastodon-style prog, System Of A Down for the quirky metal riffs, and Gojira’s pitched vocal rasp and urgent rhythms; but really there is nothing else like The Erkonauts’ blend of sounds and ideas. The introductory slap-bass energy of first track “War Flamingoes” gives absolutely no hint as to where this album might be going. There’s an overriding atmosphere of agitation, with galloping rhythms, anthemic vocal passages, huge post-metal riffs and crazy guitar solos when you least expect them. It shouldn’t work but it does, spectacularly so.

It’s not often that the bass stands out as the most prominent instrument in a rock/metal album, but Ales Campanelli (formerly of Sybreed, now also bassist for Samael) has a technical prowess that is employed to jaw-dropping effect throughout. From the slap-bass craziness of “War Flamingoes” and “Losing Is The First Step” to the gorgeous doomy rhythm of “It Could Be Over Soon,” the bass is spectacular. Make sure you check out Ales’ play-through videos.

With their often-absurd song titles, quirky riffs and freneticism, The Erkonauts are a band that has always employed humour. But the silly song titles often belie a dark and brooding subject matter. Case in point – “The Great Ass Poopery,” a track on their first album, is actually filled with poetic lyrics. The new album is their darkest yet, however, the chaotic energy always underscored by a poignancy and subtle desperation. “Five Orange Seeds” tells a Sherlock Holmes story, and there’s an apocalypticism to many of the other songs such as “The Future Ends With You” and “The Cult Of The Burning Star.” There are also two beautiful doomy slow tracks. Dark western “It Could Be Over Soon” and gentle, unusual ballad “Caravaggio” are both heart-breaking, and appear just at the right moments to break up the frantic pace.

At less than forty minutes, I Want It To End is a cohesive explosion of musical ideas that reveals new strands on each listen and leaves you simultaneously entertained and unsettled. A perfect soundtrack to this troubled year.

I Want It To End Track Listing:

1. War Flamingoes
2. The Future Ends With You
3. Five Orange Seeds
4. The Cult Of The Burning Star
5. It Could Be Over Soon
6. Losing Is The First Step
7. The Sun
8. Caravaggio
9. The Curse Of Scotland