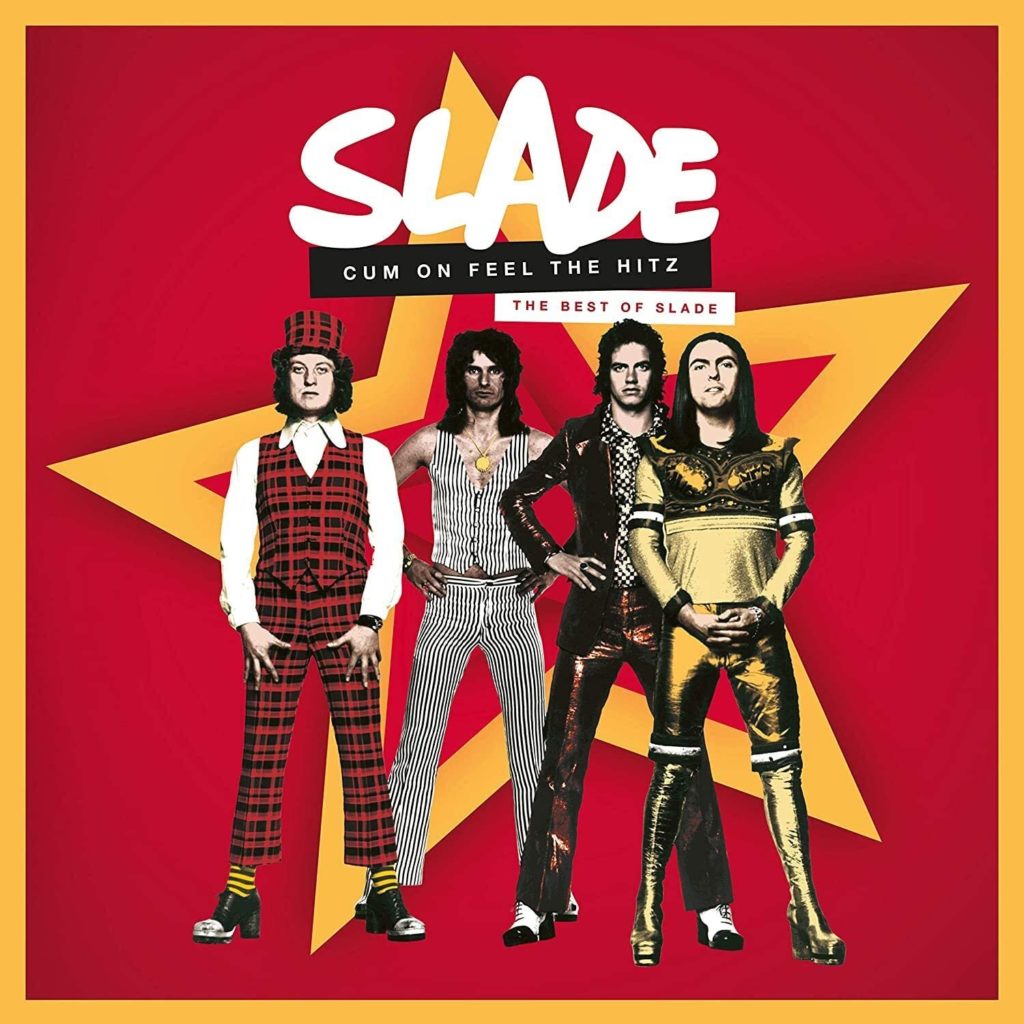 If you’re in the same age bracket as I am, then chances are you retroactively discovered Slade after it was revealed they were the band that originally wrote “Cum on Feel the Noize,” the song covered by Quiet Riot to stratospheric success. Those of you in this same chronological cohort who, like me, grew up plonked in front of the boob tube watching MuchMusic and MTV for hours on end will also recognize the band from their 1984 hit, “Run Runaway” which butted heads with “Jump,” “Rock You Like a Hurricane” and “We’re Not Gonna Take It” for the title of that year’s most invasive earworms – hard rock division. For those acquainted with the more obscure side of ‘80s hard rock, you might recall the band’s 1972 hit “Mama Weer All Crazee Now” as covered by underrated Irish rockers, Mama’s Boys on their self-titled third album, also released in 1984.

By all means, 1984 was a big year for Slade, but as any British Baby Boomer and Generation X-er worth their weight in fish and chips will tell you, Slade is a band that ruled over Europe and the UK throughout most of the ‘70s and ‘80s. While their success on this side of the drink came at the hands of more palatably image-worthy bands offering renditions of some of their greatest works – seriously, look at guitarist Dave Hill’s (far right in the below photos) coif. There’s no way that could have even been legal outside the British isles – and the recognition and respect afforded them by musicians deeply scoured in the heyday of hard/glam rock, Slade were fucking immense at home and throughout the Old World. And the September 25th release of Cum On Feel The Hitz will be released in order to celebrate that fact.

Compiling 43 of their singles that charted in the UK, including six number one hits and 16 tunes that made it into the top ten, Cum on Feel the Hitz is a testament to a band that knew their way around a songwriting hook. Whether it was rally cry licks and riffage, undeniable sing-a-long anthems or a smartly-phrased canticle that everyone from biker dudes and rockers to the working boys down the pub and their wives at home could hum along to, Slade had a knack for penning tunes able to burrow their way into the ears of any and everyone who was tuned into a catchy melody, arrangement or lyrical witticism.

But beyond their phonetic lunk-headedness, Holder’s side gig as a champion sideburn farmer, Hill’s ridiculous ‘do which combined the worst aspects of the bowl cut and the mullet and their outrageous glam rock accoutrements, Slade’s song-crafting smarts are what took them from humble Wolverhampton beginnings to the upper echelons of the music world. The most impressive aspect of this multi-pronged ascent – there were undoubted lean years, including an unsuccessful stint trying to break the band in America during the mid-‘70s – is that as much as Slade knew how to cultivate pop and rock songs using a simple structure, within that formula, there was little that was formulaic about them.

Neither is Cum on Feel the Hitz structured in any way that reflects the musical progression and creative changes Slade made from 1970-1991, the era this compilation places under the microscope. The band was the veritable chameleon lying in the sun as they ping-ponged from rock ‘n’ roll (“Take Me Back ‘Ome,” “Get Down and Get With It”) and R&B/skiffle (“My Friend Stan”) in their early years before making liberal use of classic glam, hard rock and proto metal (“We’ll Bring the House Down,” “Give Us a Goal”), straight ahead pop, honky-tonkin’ juke joint stompers (“Gudbuy T’Jane,” “My Baby Left Me: That’s Alright”) Beatles-esque cabaret wheeze (“In For a Penny”), bluesy shuffling (“Let’s Call it Quits”), ‘80s Footloose rock (“Radio Wall of Sound,” “Lock Up Your Daughters,” “Myzsterious Mizster Jones”), esoteric playful weirdness (“Thanks for the Memory”) and stadium-ready piano ballads (“My Oh My,” “How Does it Feel”) stirred in with the band’s penchant for melodies and instrumentation based in traditional folk music.