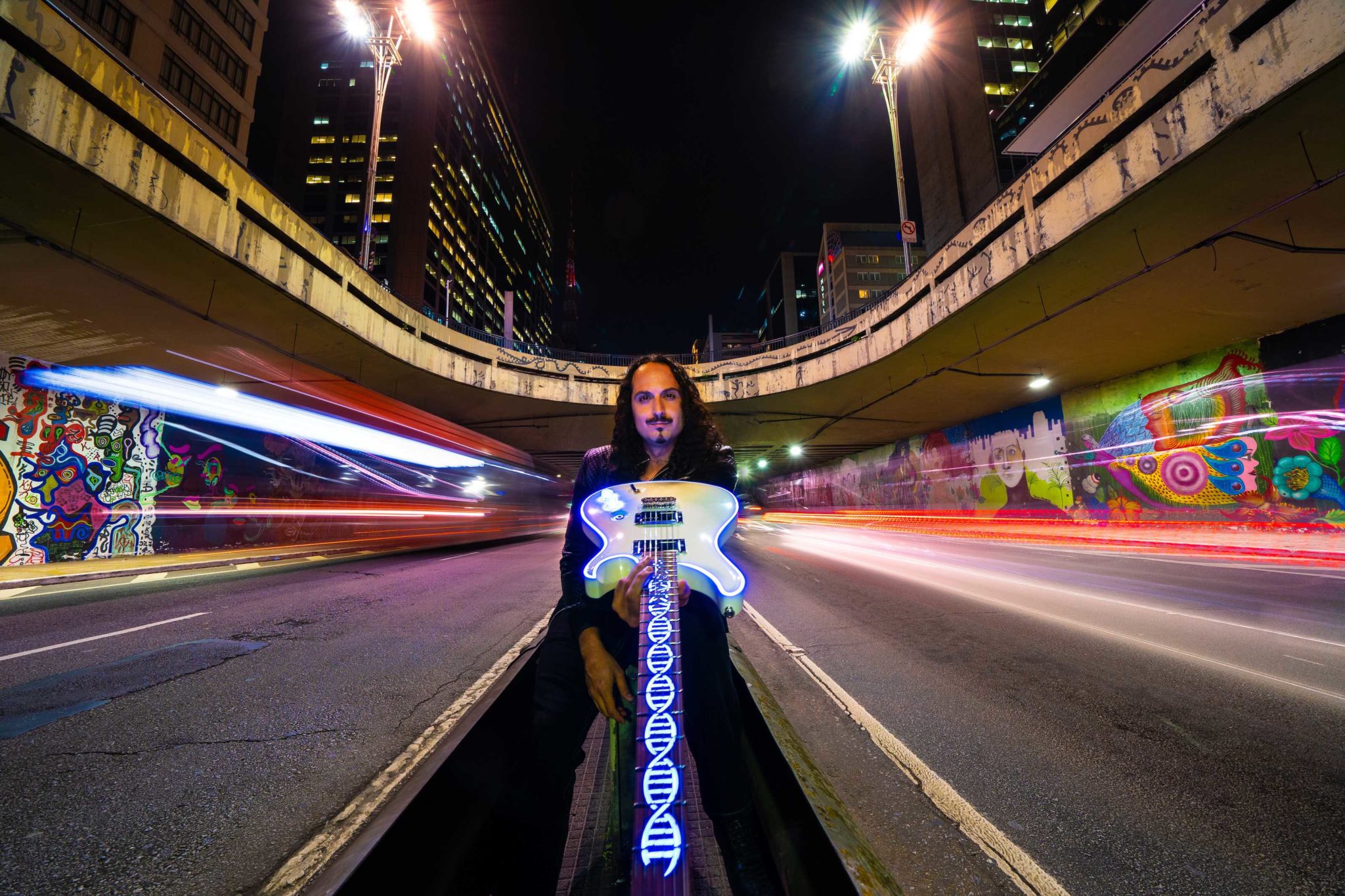 Despite the hardships that 2020 has brought us, it’s an “Extraordinary World” out there and Sami Chohfi is observing it all with his brand new single and album. The title track’s accompanying music video has a certain heartwarming factor about it, a tribute of sorts from Chohfi to the many friends he has made across the globe while on tour in 2018 and 2019. A lot of the video’s footage is taken from his travels across six different countries over these last couple of years, displaying a really compassionate side of the artist, and serving as a reminder of better times where human connection was always there for us to rely on, no matter what life threw our way.

Chohfi, as you may already be aware of, is the frontman of the successful multi-national rock band Blue Helix. He has been working on this solo project for some time now, perfecting it to his liking as a piece of art that is completely unique to his interests as a musician. Commenting on the music video for “Extraordinary World,” Chohfi said, “I hope that this video connects with anyone who has felt inadequate, or insufficient. All of us just want to be loved, accepted, understood and have purpose. We are all the same across this Extraordinary World, and once we realize that there is no divide, we will truly live a much happier and fulfilling life.”

The Brazilian-American Chohfi wrote much of Extraordinary World while visiting these six countries, which included stops in Cambodia, France, India, Kenya, and The Philippines. His songwriting is based within rock n’ roll, but is also observant of the many musical influences he has encountered in his travels. Self-taught, Chohfi is well-versed as an instrumentalist, playing everything from the guitar, to the drums, to the didgeridoo. His life has been one long journey towards being the best musician he can possibly be.

At 22, he was able to build his own recording studio from working tirelessly as a waiter to fund it. Blue Helix formed in 2008, a band that specializes in combining ‘90s rock with contemporary melodic rock. With Blue Helix on a break, Chohfi has taken the time to improve as a musician and become a more mature artist which is evident throughout the more sophisticated Extraordinary World.