Fueled by artistic desire and determination, Robert Lundberg has become a well-regarded photographer and filmmaker, known for his artful documentaries covering the spectrum of music, comedy, art, and film. After growing up in Massachusetts, Lundberg moved to New York City where he could more seriously pursue a full-time career in art and film. An individual who jumps at the prospect of new challenges, Lundberg chose to pursue one of his most ambitious projects earlier this year when he launched the new documentary series entitled Uncontaminated Sound – The Interviews.

Debuting in February, the series follows comedians, musicians, fine artists, and actors in an effort to gain insight into their creative processes which can only be fully deciphered by going behind the scenes. The main goal of the series is to offer an intimate look into all of the rarely seen or known “little things” that take place during interviews and other similar social and private interactions with artists and performers. These features are often heavily edited, capturing only certain moments that are often heavily vetted by the producers in charge. But that’s not how Lundberg likes to operate within his creative space. His primary endeavour is to bring you all of the real, raw, authentic moments that you would never otherwise get the opportunity to experience and enjoy.

As the end of an otherwise very difficult year starts to creep towards us, Lundberg has returned with episode #17 of Uncontaminated Sound – The Interviews featuring Los Angeles-based musician Ike Kawaguchi. The Japanese American artist is responsible for developing his own unique sub-genre of music which he refers to as emo funk. A classically trained pianist and self-taught guitarist, Kawaguchi grew up an avid skateboarder with music serving as his escape from the day to day struggles of life.

He ran away from home at the age of 15 at which point he began to play with local heavy metal bands as well as serving as a producer, mixer, and engineer for many local artists. His big musical breakthrough arrived when he became the lead guitarist for the Chinese band Voodoo Kungfu who enjoyed much success touring nationally around China. These days, Kawaguchi has settled into a career as a solo musician, featuring his vintage, poetic, and soulful vocals, as well as an audio engineer, working with a wide breadth of talented artists.

Discussing his recent conversation with Kawaguchi, Lundberg said, “It was a surreal moment, zipping over to Southern California with a click of a button. Instantly I was transplanted to Los Angeles, my face radiated by the afternoon SoCal sun. I found myself sitting in a warm unfamiliar room, afternoon shadows gracing white walls, it was 1 pm. Multi-talented musical creator, actor, and avid skateboarder Ike Kawaguchi came into frame, it was then our conversation began.

Ike’s creative energy transmits strongly through the screen, with ease we immediately dove into freeform conversation regarding LA culture. Since I am a native of the East Coast, I was eager to learn of what was happening culturally within the city of Angels during the current pandemic and prior. We then transitioned into his Japanese heritage, the roots of his musical passions, touring as a lead guitarist (eight strings by the way!) with Chinese metal band Voodoo Kungfu, and finally breaking off to discuss his current solo career crafting his own sound he likes to call emo funk.

And of course, there was more. So please tune in and enjoy a taste of SoCal culture.”

Lundberg has several more interviews to come with acclaimed artists who have agreed to be participants in Uncontaminated Sound – The Interviews in the coming weeks and months. Lundberg has already been bringing you his ongoing series Uncontaminated Sound which takes a look behind the scenes to get a look at performers before they take the stage. The series has featured Macklemore’s Gemini Tour featuring Eric Nally (formerly of Foxy Shazam) and Xperience, Louie Anderson, Sinbad, Ron English, We Are Scientists, Rufus Wainwright and more. Lundberg’s photography has been highlighted in publications such as Huffington Post, Paste Magazine and more. 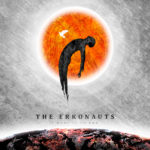