For a musical family, you couldn’t think of two worlds so far apart than the White-Gluz family. In the red corner you’ve got Alissa White-Gluz, vocalist with Swedish death metal titans Arch Enemy and, in the blue corner, you’ve got Jasamine White-Gluz the brains behind Canadian shoegaze outfit No Joy returning with Motherhood, their first proper album in five years.

Well, I say “their” but Motherhood sees White-Gluz shifting away from No Joy being a band project returning instead with a solo project which sees her overseeing all aspects of the album. What the vocalist has created is a dreamy but dramatic piece of work that is an absolute joy to immerse yourself in. Listening to tracks like “Nothing Will Hurt,” you’ll find yourself lost in No Joy’s delicate soundscape of synths and sweeping effects. Elsewhere there are plenty of moments throughout Motherhood where it feels like you’re listening to a sound reminiscent of Nine Inch Nails at their most haunting. Laced with synths and effects, compositions like “Four” and “Ageless” pulse away with White-Gluz almost hidden away in the background with her soothing, gentle vocals.

The bleak-sounding “Why Mothers Die” is a tender effort from White-Gluz while, early on in the album, the sisters join forces for the haunting “Dream Rats.” It’s a collaboration that, on paper, really shouldn’t work but somehow fits perfectly with the album’s overall feel. Clearly, the freedom of No Joy being a solo project has given White-Gluz the chance to flex her creative muscles with the end result being Motherhood. It’s a recording that, having taken five years to create, will need an equal amount of effort from the listener to fully appreciate the effort that has gone into this.

Not afraid to explore avenues most artists wouldn’t dream of visiting, White-Gluz has created an album that is as dreamy as it is bleak but it is one that, if you offer your undivided attention, will reward you with a truly special listen. From the crashing guitars and almost psychedelic passages of “Four” to the synth-driven “Happy Bleeding,” Motherhood is the kind of album that isn’t afraid to smash down the boundaries and take you on a truly wonderful creative journey. 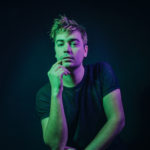 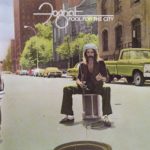