Featuring ex-members of Bullet For My Valentine and Still Remains amongst their ranks, internationally-flavoured metallers Kill The Lights have just dropped their massive debut The Sinner via Fearless Records, so we spoke to guitarist Jordan Whelan about how they got together, their new album and, of course, that banging Testament cover.

Thanks for your time, it’s been a long journey over the last few years, how does it feel to finally have The Sinner out?

Jordan Whelan: “Feels amazing! We just wish that we were able to be out there touring. Instead, we are in the middle of writing album number two so there will be plenty more music from us soon.”

The lineup has got an international flavour to it. How did you approach the idea of becoming a band?

“It all started from (drummer) (Michael) ‘Moose’ (Thomas) randomly texting me. I already had a bunch of unused music written and from his response from the first two songs that I sent him (‘The Faceless’ and ‘Unmoved’) I knew that we would take our music to the world. Rather than searching for musicians locally we searched worldwide and reached out to our friend-base that we had toured with in the past. It sounds complicated but it all happened quite naturally!”

Given the strange times we are in, how did the writing process for The Sinner work?

“We have had The Sinner completed for over two years before its release. We wanted to write and record an entire album on our own AKA how it used to be before our previous bands were doing it professionally. Moose and (singer) James (Clark) were able to fly to my hometown for a few writing sessions but, aside from that, we did do a lot of virtual writing sending files back and forth to each other.”

Times have changed though and, other than touring, do your locations pose any other challenges in the age of digital technology?

“Nah, not at all, thankfully. I talk music and am writing music with the guys daily. Nothing beats the comradery of all five of us in a room at the same time but we have most definitely managed to make the band work while living in other places. I have tinkered with the idea of moving to Wales, but I think I will wait for the world to normalize a bit before any more thought goes into that.”

Moose took a break after his previous band, what triggered the need to be back in a band and was Kill The Lights a serious project, right from the outset?

“Writing music and playing live is the best ‘drug’ that there is. There is not a musician out there that is not longing to get back into the studio or to get back on stage. Look at someone like Ozzy for instance… that guy is not getting on stage still for the money, he’s an addict and needs it! Same goes for myself, Moose, James, (guitarist) Travis (Montgomery), and (bassist) Chris (Clancy).”

Moving forward into 2021, COVID-19 permitting, I bet you can’t wait to get out on the road in the spring?

“We are chomping at the bit! We already have a tour in the UK booked for March, are booked for Download 2021 and have a tour that we can’t announce yet in the works. Of course, the only way that we will go through with these plans is if the world is safe to travel and of course we would never put our fans or ourselves in harm’s way.”

The album is out on Fearless Records, how did that deal come about?

“I touched base quickly on it earlier, but we intentionally wrote and recorded The Sinner on our own. We didn’t want any outside opinions on what we should do, shouldn’t do, what producer to go in with (Colin Richardson/Chris Clancy) and etc., etc… We wanted to feel like we were doing it for the very first time again. Once the album was complete, we passed it along to our now manager (Ryan Richards at Future History Management) and he put it in the hands of Fearless. They had so much excitement for us that it was an easy choice.”

For a band at the stage Kill The Lights are at, how are you overcoming the challenges you’re facing because of the shutdown of the industry?

“If we cannot tour, we will write! Being stuck at home is giving us that much more time to focus on making sure that our second release is even better than The Sinner. We have more than enough material for our second release already and we are just continuing to write so we can pick the very best songs.”

You recently put out a banging cover of “Into The Pit.” Why that particular track?

“BECAUSE IT’S A FUCKING BANGER! (laughs) We wanted a song that we all love and that hasn’t been done a million times before *coughs* (except also by Machine Head) *coughs*. Also, a song that maybe the younger generation hasn’t been exposed to yet.”

The video for “Into The Pit” is a throwback to VHS videos. The first metal video that changed my life was “Wild Side” by Motley Crue. Do you remember the album or music video that made you want to be in a metal band?

“I’m a massive Motley Crue fan, if you look at pictures of me from 10 years back I was 100 percent trying to be just like Nikki Sixx! There are way too many bands to list but to name a few others, Iron Maiden, Metallica, Zao, In Flames, Soilwork, At The Gates and the list goes on.”

Given your various previous bands, if we had a look down the tour bus Spotify playlist, what would we find on it?

Heading into 2021 and given your love of metal, what would be the perfect support tour for you to head out on?

“I’d love to go out with Avenged Sevenfold. Moose has been friends with those guys for years. It would be fun to get back out with Trivium as a revisit to the 2005 Road Rage Tour.”

Finally, thanks for your time and good luck with everything. Just to finish, what can metal fans expect from Kill The Lights in 2021?

“It was my pleasure and thank you! Let’s do beers after the show when we come through. Fans can expect more tour announcements. A few more covers and another record from Kill The Lights soon.”

Restrictions permitting, Kill The Lights hit the road in the UK for a full tour in March 2021. 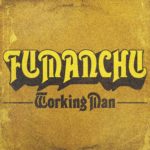 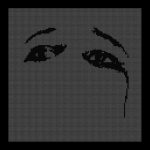