Try not to have a Meltdown, but the brand new album from Darksoft is on its way and will be arriving for our listening pleasure on October 2nd. The record will be filled with the psych-synth sounds for which the artist is beginning to be known. As a preview of what’s to come in just a few weeks, we are pleased to premiere Darksoft’s brand new music video for “Foreshadow,” one of the featured tracks on the new release.

Musically speaking, Meltdown conjures up memories of 1990s sadcore, expressed through the language of computer viruses, algorithms, and human emotions. Although the album was given its name last year, you could argue that reality has suffered a complete meltdown this year with the complexion of the future very much in question. Despite the bleak times in which we are currently stuck, Darksoft is still observing a lot of positive change with people revisiting what truly matters to them and leaving behind what ultimately doesn’t.

Commenting on the new video, Darksoft said, “In the ‘Foreshadow’ music video, Darksoft crashes on an alien planet and finds his way to the multiverse with his tricorder. I see it as part two from the one preceding video for my song ‘Wanna Cry.’ After I write and record a new song, I like going for walks and listening to my stuff and getting all introspective (laughs). This reminds me of that but just way more expansive. Wait until two-thirds of the way through the video for a surprise… ‘I contain multitudes,’ said Whitman. I agree. We maintain many personas. Especially during social distancing, we sort of hang out with multiple versions of ourselves more often… might as well try to get to know them, right?

The video is pretty DIY. I storyboarded the video storyline, and Collin Snider, aka DreamBoatVISTA filmed, directed, and produced it. We filmed in Easter Washington and at The Rendezvous in Seattle. Ironically, we didn’t film in fire season, although it may look that way with the filtering. The ‘Foreshadow’ lyrics ‘bait the shadow’ is a reference to shadow work. Essentially, examining the darker parts of yourself to create positive change. ‘Foreshadow’ is also foreshadowing of an album called Meltdown. (laughs)”

Originally from Seattle, Darksoft’s sound is defined by infectious melodies progressions and ‘90s rock undertones. He openly embraces the aesthetic of alternative pop-rock, influenced by the grunge and alternative rock he grew up on. Over the years, he has become a staple of the Seattle music scene, thanks to his futuristic take on alternative rock that finds inspiration in the hidden motives that wind up influencing modern society, love, and communication.

Meltdown will serve as a sequel to Darksoft’s 2018 debut album Brain. Brain refers to the first-ever computer virus that found its way on to floppy discs in 1986 while Meltdown is named after the hardware vulnerability discovered in 2018. Through the means of technology, Darksoft makes a bold statement about society at large and what can happen when technology is used irresponsibly. 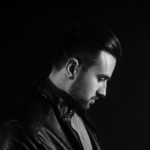 In The A.M. Lightens the Mood with Their New Single, “Back Seat” [Premiere] 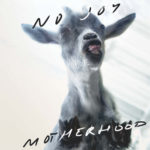