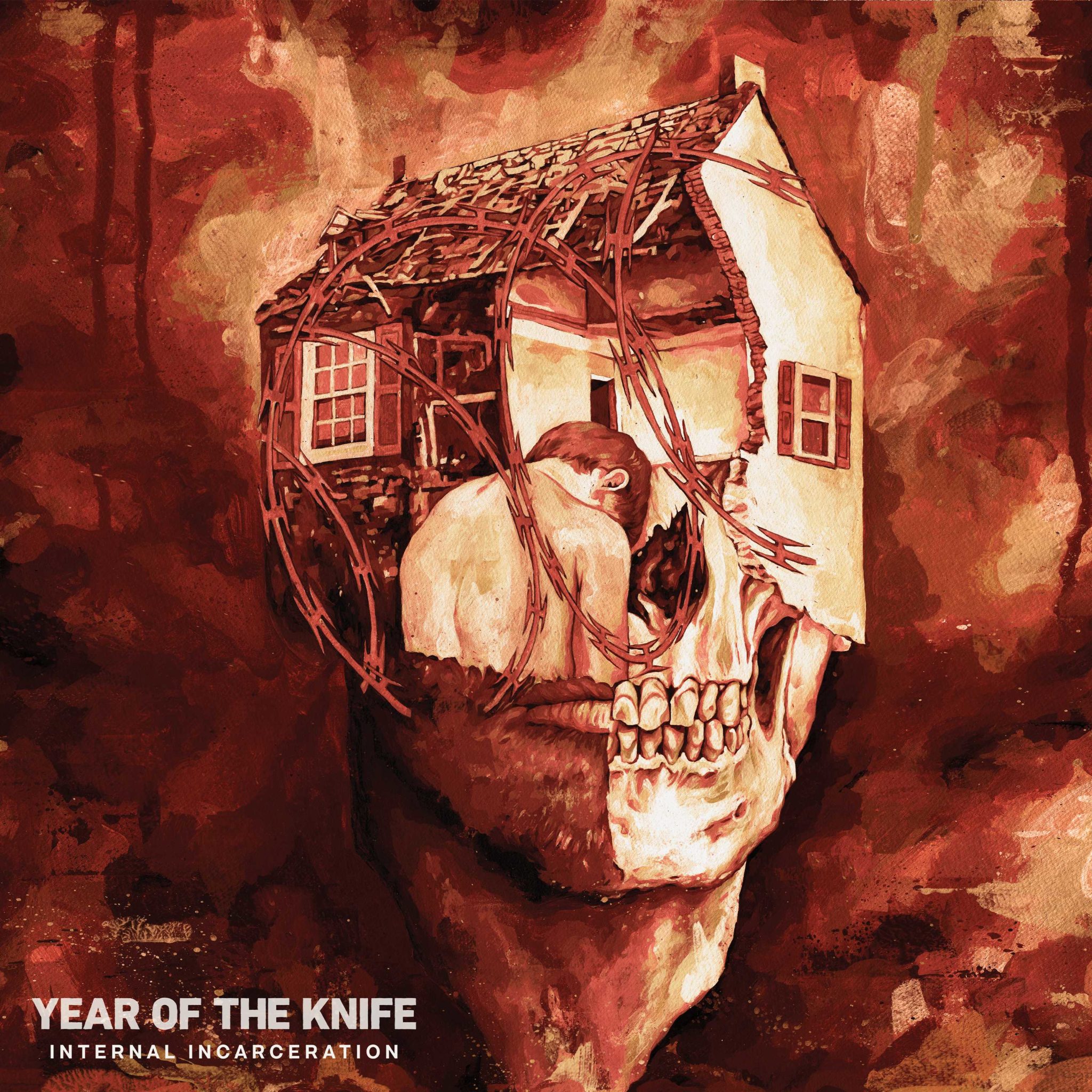 Despite having released their solid Ultimate Aggression compilation disc last year, it would be fair to say that Delaware’s hardcore newcomers, Year of the Knife probably flew under the radar of a good portion of the hardcore scene, which is something of a pity given the strength of their material. However, having turned to producer extraordinaire, Kurt Ballou for their new offering, Internal Incarceration, you get the feeling the rising hardcore outfit is ready to stamp its mark on the scene.

Courtesy of a couple of teaser tracks in the form of “Manipulation Artist” and “Virtual Narcotic,” there was no doubt that Internal Incarceration was going to be one of the big releases on the hardcore calendar in 2020. With only two songs clocking in at over three minutes, the group is clearly not in the mood to hang around. Packing as much as they can into each 120-ish seconds, while not as chaotic as the likes of Converge, if you’re a fan of Jacob Bannon’s lot, tracks like “Virtual Narcotic” will certainly press your buttons.

Sitting just on the right side of chaos, Year Of The Knife, who features two brothers and a husband and wife pair among their ranks, flit from jarring hardcore to brutal breakdowns effortlessly. Firstly though, you’ll need to fight your way past Tyler Mullen’s corrosive vocals on songs like “Stay Away” to find some ferocious hardcore swinging away underneath.

As for Mullen, there couldn’t be a more perfect voice for the death metal-inspired hardcore outfit. Unleashing both barrels on tracks like “Manipuation Artist” and “Sick Statistic,” his impressive range careers from guttural metal vocals to throat-shredding fury. Throwing his all into songs inspired by loss, grief and addiction, Mullen’s fury is sickeningly honest. A bloodcurdling display from the frontman, this is an all-or-nothing, blood, sweat and guts performance epitomized early on as he repeatedly howls “stay the fuck away from me” throughout “Stay Away.” Matching him note for note, his bandmates careen close to utter noise so many times on this record. yet pull it back every single time with some huge mosh-inducing sections on cuts like “Nothing To Nobody.”

Undoubtedly 2020 has been a dogshit year for most people but, when it comes to heavy music, the releases have got more and more savage as the year progresses. Yes, we’ve had the big-hitters like Code Orange dropping some massive releases but, scrapping away just behind them bands like Year of the Knife are putting out the kind of vicious, ferocious albums like Internal Incarceration ready to kick some nasty hardcore pits into life when normality returns in the hopefully not-too-distant future.