Long Beach, California’s Drugs are pushing more of their blend of avant-garde pop-rock unto music heads everywhere with the release of their “A Twist of The Stomach” music video. The trippy animated video was created by Corey Watson which, according to a recent press release, is “[s]et in a kaleidoscopic, hellish universe somewhere between Animal Crossing and The Sims, the dizzying vaporwave visuals and anxious beats encapsulate the feelings of internal conflict and cognitive dissonance that can come with a twist of the stomach.”

The band released their ten-track debut album, Episodic, on August 7th via Park The Van Records and on vinyl via Porch Party Records.

Commenting on the video, director and animator Corey Watson shared, “One day after I took a bong rip and watched Conner O’Malley’s ‘Hudson Yards Video Game’ I got an idea for a music video. ‘What if we did a shot-by-shot remake of Tool’s music video for ‘Sober’ for Drug’s ‘A Twist Of The Stomach’? I have no idea what the hell I am doing in Blender, but here we are! Grab a bong, order a pizza, eat a cereal bowl full of DMT, and get crunchy.” 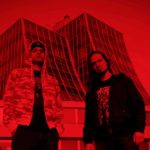 Hateful Interview: Daniele Lupidi is Thankful for Being Able to Hate Another Day 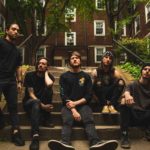