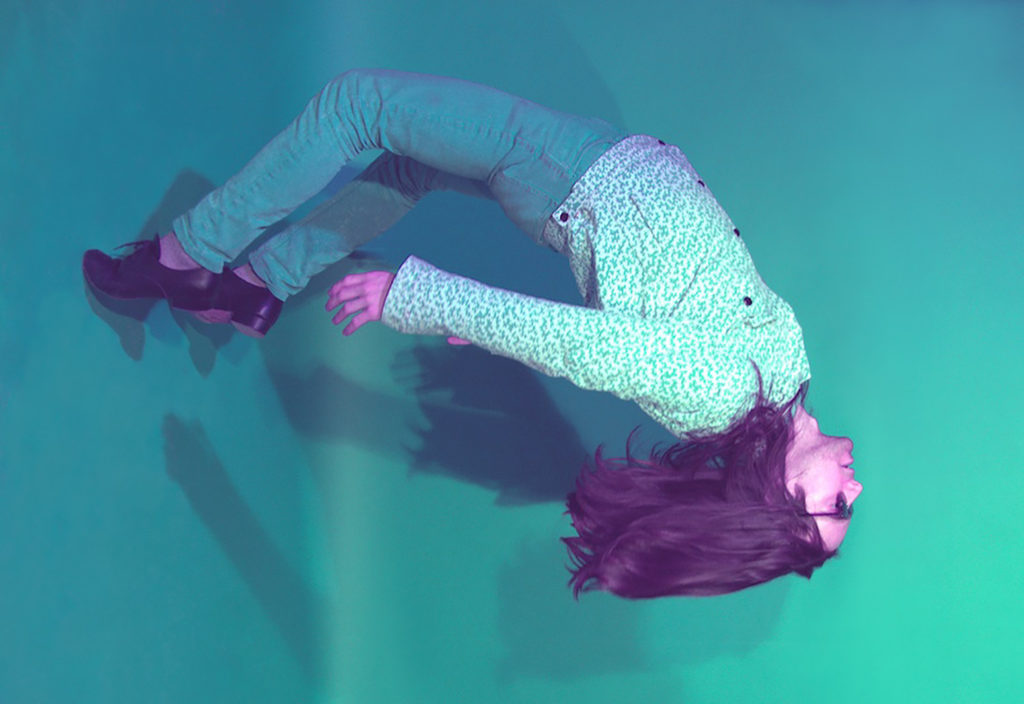 Watch out! Because you’re headed for a musical Blackout thanks to the collision course you’re currently on with indie-pop, chillwave band Psychobuildings and their new single “Inside Out.” This is the first revelation of what’s to come on the group’s new studio album Blackout, which drops on October 16th.

Possessing an ‘80s new wave groove with modern-day indie rock flavour, the single represents lead singer Peter LaBier’s reflections on previous relationships. It’s a welcome sight and sound to hear LaBier back at it with Psychobuildings receiving recognition for their theatrical live performances with music reminiscent of the spirit of The Cure, Talking Heads, and David Bowie. Thematically, Psychobuildings primarily notes the unease of modern society, in other words, perfect subject matter for the year 2020.

In reference to “Inside Out,” LaBier said, “I wanted to write about the way memories of past relationships can sometimes feel like other lives you’ve lived, another version of yourself that is distant. I also wanted to get across a sense of what it’s like grieving for the loss of a past time, if it’s a relationship or even an earlier, younger self. Finding out who you are again, learning how the loss has changed you and who you are now. It is almost like an optimistic nostalgia, the pain of what has been lost and acceptance of that is what I was after.”

To say Blackout has been a long time coming would be an understatement. It’s the first we’ve heard from Psychobuilding since LaBier began a hiatus in 2012. Part of the band’s withdrawal into the shadows was in an effort to not only produce the best work possible but also release it at the most impactful time. With our current climate of widespread uncertainty, that time has come with Blackout an expression of the collective struggles we have been facing. A blackout can include both darkness and loss, but there remains some space for reflection and the album was written to emphasize the spirit of the complexity between this association. There’s a feeling of unrest layered throughout the record and a look into the unknown within our own personal lives and the world at large. That’s not to suggest that this voyage into the unknown must be joyless; it offers a potential opportunity for renewal, transformation, and positive change.

With their re-emergence from obscurity, Psychobuildings are eager to make up for lost time by giving fans something more sophisticated to mull over as they look to the past, present, and future.