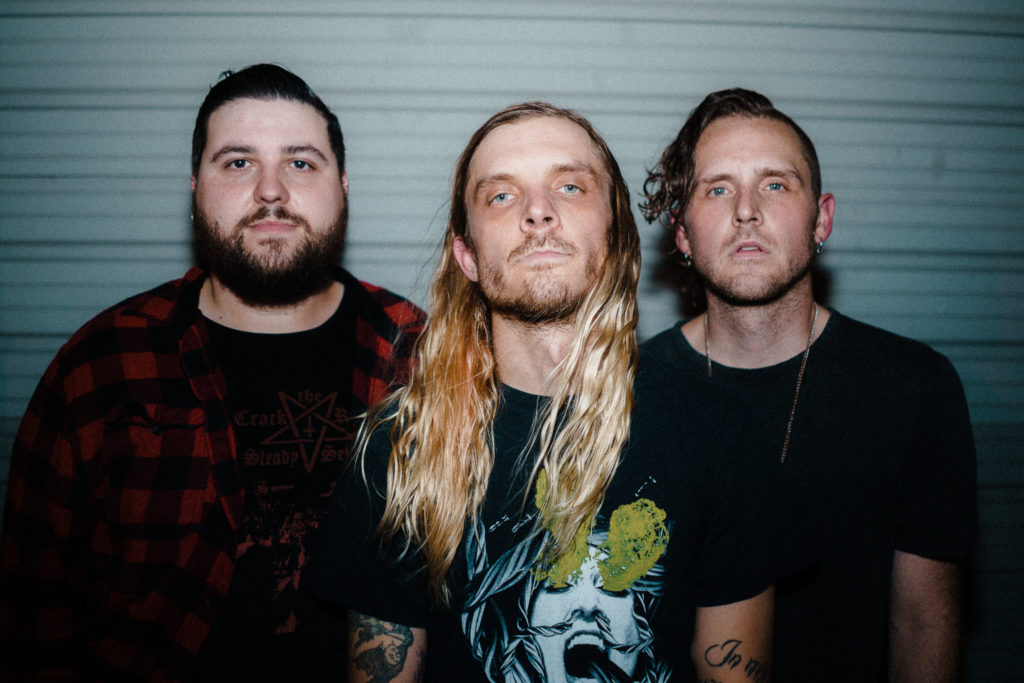 Ripping out of Los Angeles, the Californian punk rock trio, The Lungs continue to take their daily socio-political stresses and hone it all into, what their bio calls, “a surge of infectious post-hardcore dynamism.” Consisting of adept musicians—Trevor Howard, Billy Goldstein, and drummer Dylan Howard (Trevor’s brother)—the band uses their musical voices to address topics such as substance abuse, mental wellness, and economic pressures.

Now, following the killer content found on 2017’s debut self-titled EP, 2018’s Bodysnatchers EP, and 2019’s Church + State split 7″ with Total Massacre, the guys are stoked to have confirmed the pending release of their debut full-length recording, Psychic Tombs, which drops on October 16th, via Dune Altar. Well, today, in promotion of the upcoming album, we’ve teamed up with the guys to debut their banging beast of a boombox breaker, “Wrong Window.” Crank it up, and boogie down.

Commenting on the tune, Trevor Howard shares, “‘Wrong Window’ is a song about getting involved in things that you shouldn’t be… that sinking feeling you get when you know that you have no one to blame but yourself. Whether it be hanging out with the wrong people or doing something you know is inherently wrong but you can’t stop yourself. Times of desperation when you’re grasping at anything that comes your way to try and re-center yourself, but you only make it worse.”