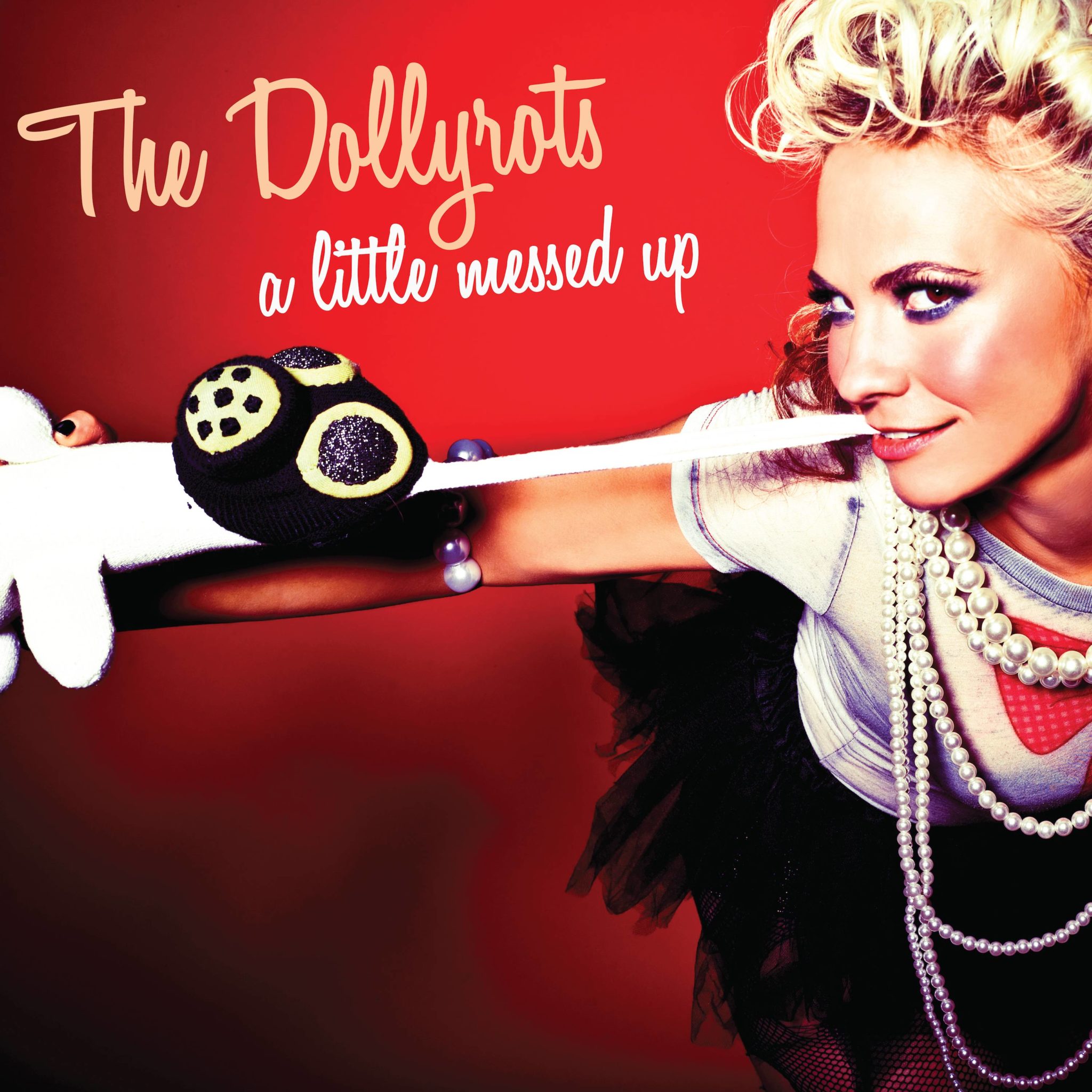 The Dollyrots – ‘A Little Messed Up’ [Retro Album Review]

Like a babbling idiot who was latest to the party, I arrived at the soiree only after somebody had already puked in the pool. How do you even do that? But with at least two untapped kegs and a half-jug of Jameson on their patio, and an unopened bagful of Doritos still in their pantry, I made myself at home and endeavored to make up for lost time by imbibing in short order — consuming their intoxicating aural elixir as if it was water. The ever-congenial hosts?  The (other) dynamic duo, sassy frontchick/bassist Kelly Ogden and dashing poster boy/guitarist Luis Cabezas.

Located just outside L.A. in a cul-de-sac near the intersection of Spice Girls Street and Motörhead Boulevard, the Dollyrots stylistic comfort zone now has been “party central” for legions of punk-leaning enthusiasts for nearly 20 years. But while the unabating bash has been popped reportedly in the past for excessive rowdiness, the guests typically are too incapacitated by sugar comas to mount much resistance. Sorry, ociffer. We promise to keep it down — pinkie swear.

It’s been said many times before (by me), that the best Dollyrots album is whichever one happens to be on the turntable at the time. However, upon closer, more thoughtful inspection, it can be argued effectively (also by me) that their most fabulous party favour actually is their third full-length studio set. And ten years ago this week (August 17, 2010), A Little Messed Up arrived in stores worldwide via Joan Jett’s label, Blackheart Records.

Boasting a formidable production team; Chris Testa, Matt Wallace, Evan Frankfort, Fred Archambault and the aforementioned Luis Cabezas, A Little Messed Up zings from start to finish — punching ya in the privates posthaste with the hard-hitting, brand-defining opening double-whammy, “Rock Control” and “Some Girls.”

A magnificently stacked deck, the contagious 13-track collection delivers nothin’ but aces — all of ‘em spades. Among the shiniest highlights, the appealing Polaroid “Rollercoaster,” the ‘50s-inspired power ballad “Pour Tous Jours,” the confrontational show-stopper “Bigmouth,” the scorching chug-a-lug “Let’s Be In Love” and the sticky sweet, sinfully insinuating “Om Nom Nom.” Your results may vary.

Known for their cavalcade of classic covers, Ogden and Cabezas also deliver a pair of riveting remakes on A Little Messed Up, with reboots of the 1967 Turtles classic “Happy Together” and the 1959 Bobby Darin treasure “Dream Lover” both appearing as exclusive iTunes bonus tracks.

Truth be told, the Dollyrots machine is comprised of many key components; world-class musicianship, well-crafted songs, tanker-sized riffs, hypnotic harmonies, rib-cracking drums and an overall kids-next-door likability colliding with authentic “f-you” street cred. However, particularly in the case of A Little Messed Up, the prime factor could be Ogden’s bass sound, that gloriously clanky, throaty tone that provides the perfect push over the cliff and into the pit.

I also will maintain that anyone who would suggest the record rates anywhere below a strong 9.3 likely listened with their kneecaps and might molest Collies. I know, that’s a little messed up. Not to disparage any of their other celebrated efforts, I’ll add, if you were to own only ONE Dollyrots record, this is the one — the “Abbey Road” of their impressive catalog, although Ogden’s unique “perkiness” projected in the cover images is personally far more appetizing than what the Fab Four presented on the cover of their crown jewel.

A Little Messed Up Track Listing: