Toronto, Canada’s blazing rock trio, The Dirty Nil have confirmed the pending release of their third full-length album! Eloquently titled, Fuck Art, the new slab drops later this year via Dine Alone Records. Accompany the news is the lead single, “Doom Boy,” and its artwork, and its music video which sees the dudes jam in a van before destroying the hell out of it.

Frontman Luke Bentham comments on the new single, saying, “‘Doom Boy’ is the most dangerous video we’ve ever made. When we were told that all we had to do was return the shell of the van to get half our money back, all hell broke loose. Between the Roman candles, vintage mini bikes and minivan mayhem, I was quite surprised that we only had a few injuries by the end of the night. Do NOT attempt any of the antics performed in the ‘Doom Boy’ video. You’ve been warned.” 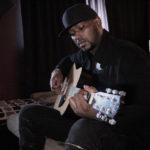 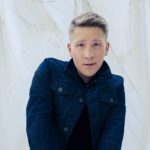