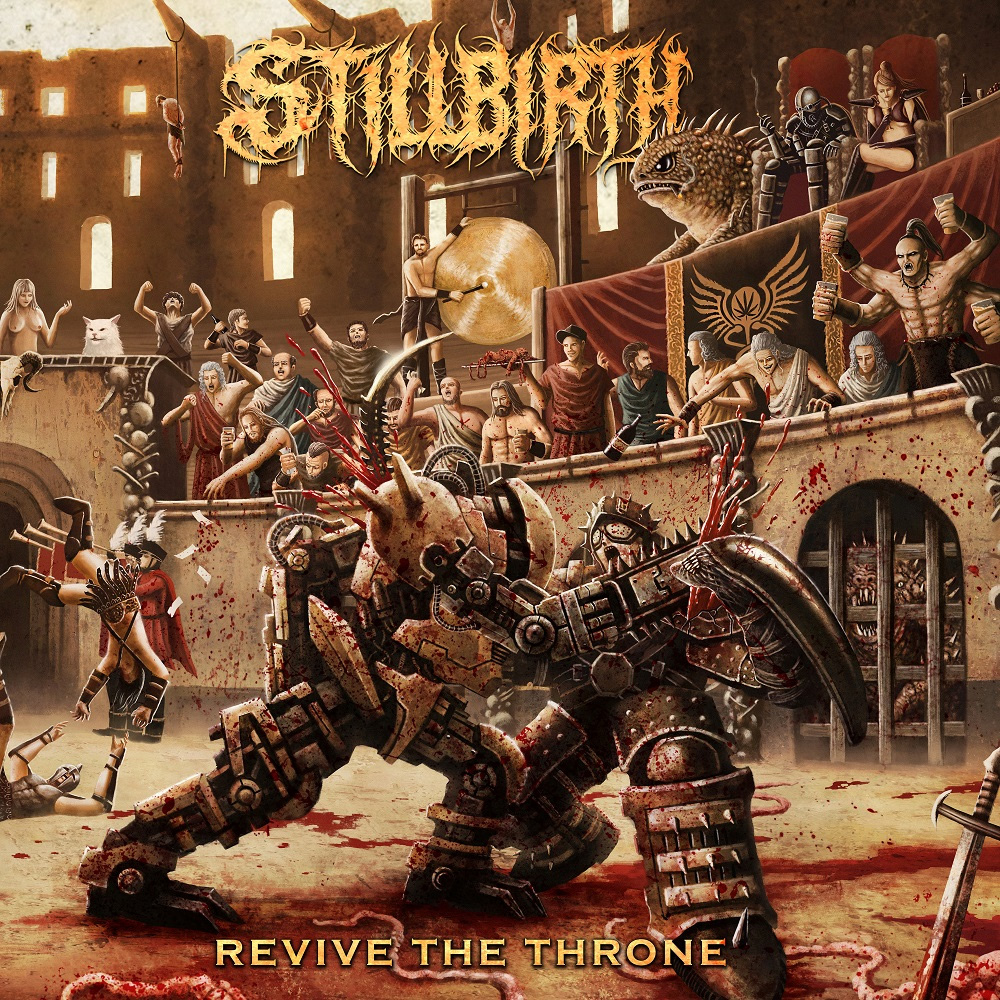 When an album promises “total destruction” and it’s got the Unique Leader seal of approval, you know that you’re in for a brutal ride. Revive The Throne, Stillbirth’s seventh album in a career that dates back to 2002, may be nothing more than route one blasting for its ten-track duration but, right from the outset as the Germans slam into the title track, the death/grind/deathcore sextet deliver on that promise.

Wave after wave of head-stoving blast-beats and pig squeal vocals spew out from the Germans as the likes of “Degeneration” and “Mans Tormentor” rage away without a care in the world. Devoid of any grace or subtlety, Revive The Throne, is for those who like their death metal to sound like it has been spewed up from the depths of some festering pit. Let’s be honest though, with song titles like “Breed Of Bestiality” would you want some technically soulless display or would you want it to sound like someone being fisted by a pickaxe?

Like Cannibal Corpse, Stillbirth is one of those bands who are never going to change. You’re never going to get any surprises but, by the same token, you know you’re going to get some solid songs for your money. Utilizing two bassists, tracks like “Revolt of the Weak” and “Unleash the Mutation” are so fat they sound like they’re going to burst like a festering boil while the dual vocals of Lukas Swiaczny and Dominik “Pumpa” König are truly rotten to the core.

Of course, the extreme metal scene is awash with albums that sound like Revive The Throne but, many of them fall down due to the production. Not a problem faced by these Germans. Every buzzing riff, every bludgeoning blast-beat, and every festering vocal is captured in pristine quality with the end result being an album that, as they promised, lives up to its billing of “total destruction.”

1. Degraded to Mutilation
2. Revive the Throne
3. Degeneration
4. Mans Tormentor
5. Panem et Circenses
6. Breed of Bestiality
7. Revolt of the Weak
8. Echoes of the Trumpets
9. Unleash the Mutation
10. Dethrone the King