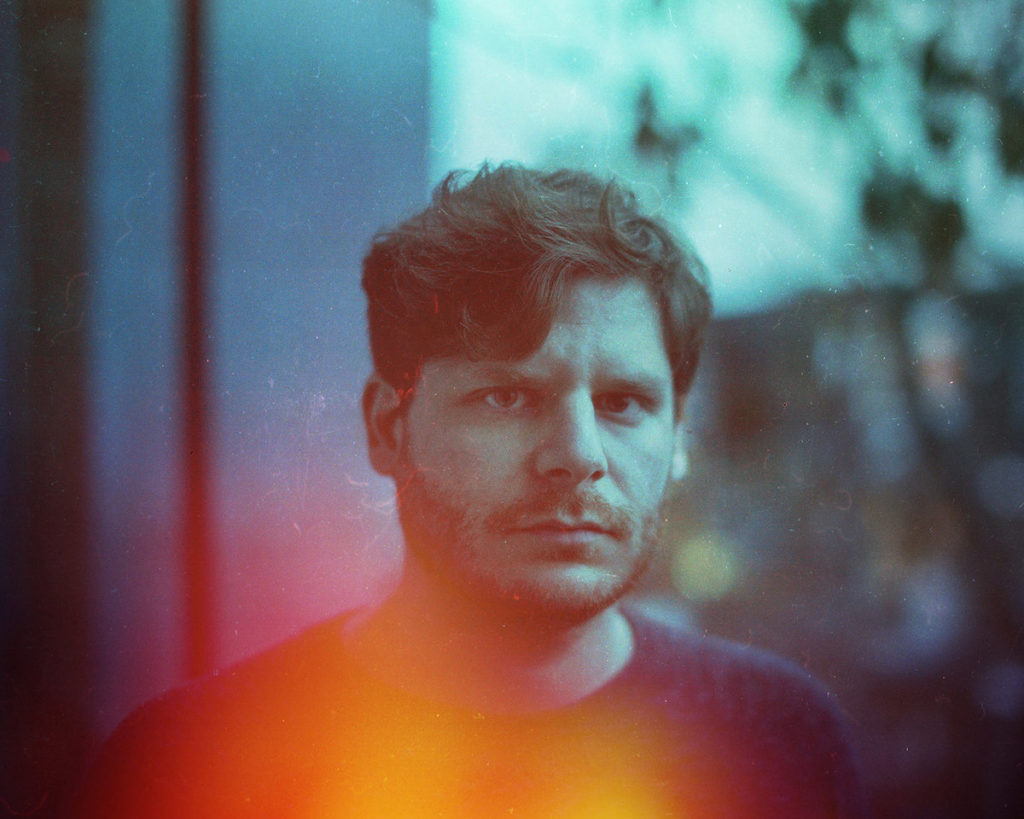 Venus Furs is a little bit psych, a little bit surf, and a little bit garage, and it all comes together with poise and skillful flair. The creative moniker of Montreal’s Paul Kasner, Venus Furs hits the alt-rock sweet spot inhabited by the shoegaze shadows of My Bloody Valentine and The Jesus and Mary Chain and modern indie darlings like Destroyer and Real Estate. But that’s not to suggest that Kasner’s work is redundant or unoriginal, as his particular brand blends many different elements and structures into a finely woven tapestry that’s well worth exploring.

Front and center in this grand tapestry is the debut self-titled album, Venus Furs, which dropped on July 10th. As is natural with a band’s debut work, it marks a great opportunity to look back upon all the work and experience that makes such a project possible. In the case of Venus Furs and Paul Kasner, it’s the perfect time to look back on the records that made him the musician he is today. This rockin’ Stereo Six enjoys a trip through some of the most seminal and titanic releases in the history of alt-rock while getting to know the mind of a Montreal artist a little better.

“I’m going to take the liberty of lumping the first two Oasis albums together, as they were both released close to one another, and they are two of the most influential albums to me. I was in elementary school when “Wonderwall” was released, and I heard it everywhere. When I was in high school, I got the first two albums for myself and listened to them obsessively. The layers of distorted guitars and the inspiration in their writing choices was very influential to me, and the sound of those two albums just immediately grabbed me and still does.”

“This soundtrack has been incredibly influential, as it introduced me to two of my favourite bands – The Velvet Underground and The Kinks. Both “Who Loves the Sun” and “Oh! Sweet Nuthin’” from Loaded are on there, and Loaded was the first album from The Velvet Underground that I bought and got into (coincidence?). There are quite a few gems on that soundtrack, but the most important to me is “Dry the Rain” from The Beta Band, which, to this day, is probably the song that I’ve listened to the most in my lifetime. I’ve listened to it on loop so many times since the year 2000, I couldn’t even guess as to how many times I’ve heard it, and I could easily keep listening to it on loop.”

“TV On The Radio has been one of my biggest influences, especially their Young Liars EP and second album Return to Cookie Mountain. They’re also one of the best live bands I’ve ever seen. To this day, “Young Liars” and “Wolf Like Me” are two of my favourite songs, and although I love Return to Cookie Mountain, there is something special to me about every one of the five songs on Young Liars. Each song is just packed full of ideas, and interesting layers and production, and is just a perfect series of great songs (and a great cover of “Mr. Grieves” too). But just the song “Young Liars” is enough for me to make this one of my most influential albums. I find there is a magic in some music that is repetitive to the point of inducing a trance, while interesting details come and go and build to keep you interested and locked into that trance, and “Young Liars” is a perfect example of a song that does this to me (others include “Anenome” from The Brian Jonestown Massacre and “Venus in Furs” from The Velvet Underground).”

“My uncle loved this album and would play it all the time when I was a kid – especially while driving – and he and my aunt gave me a copy of it for the holidays or my birthday when I was about 7 or 8 (or maybe I was 9? it’s hard to pinpoint dates exactly at that age). There were a few tracks in particular that I fell in love with on that album, and it opened the doors for me to get into other bands like Black Rebel Motorcycle Club, The Brian Jonestown Massacre, and The Jesus and Mary Chain. When I started writing songs as a teenager, some of them consisted of verses and then an instrumental section or riff, but I had been very self-conscious and lacking confidence because I didn’t necessarily have a big chorus or bridge for those particular songs.  Listening to bands like The Dandy Warhols, The Brian Jonestown Massacre and My Bloody Valentine validated to me that it’s ok to not always have the traditional song structure of verse, chorus, verse, chorus, bridge, etc. It gave me the confidence to follow my inclinations and let the vibe of the song dictate how it would unfold, whether it would be verses revolving around a particular riff, or if it would be jammy, or if it would be tighter with choruses and bridges.. and that it was ok to do so.”

“I’m lumping these two albums together like the first two Oasis albums, because I discovered them both around the same time (towards the end of high school), and they both hit me profoundly. I fell in love with the guitar layers, the lyrics and songwriting in general, and I spent a lot of time listening to these albums on headphones. They very much inspired me to start writing songs myself.”

“At the end of high school I had been hearing a lot of buzz about this band, and finally saw the music video to “What Became of the Likely Lads.” I remember distinctly being conscious of the fact that I was about to listen to a band that I had heard a lot of hype about, and by the time it finished I understood why I had been hearing so much about them and immediately needed to listen to more. I love their first album as well, but there’s something special to me about their second album. Truly great songwriting.”