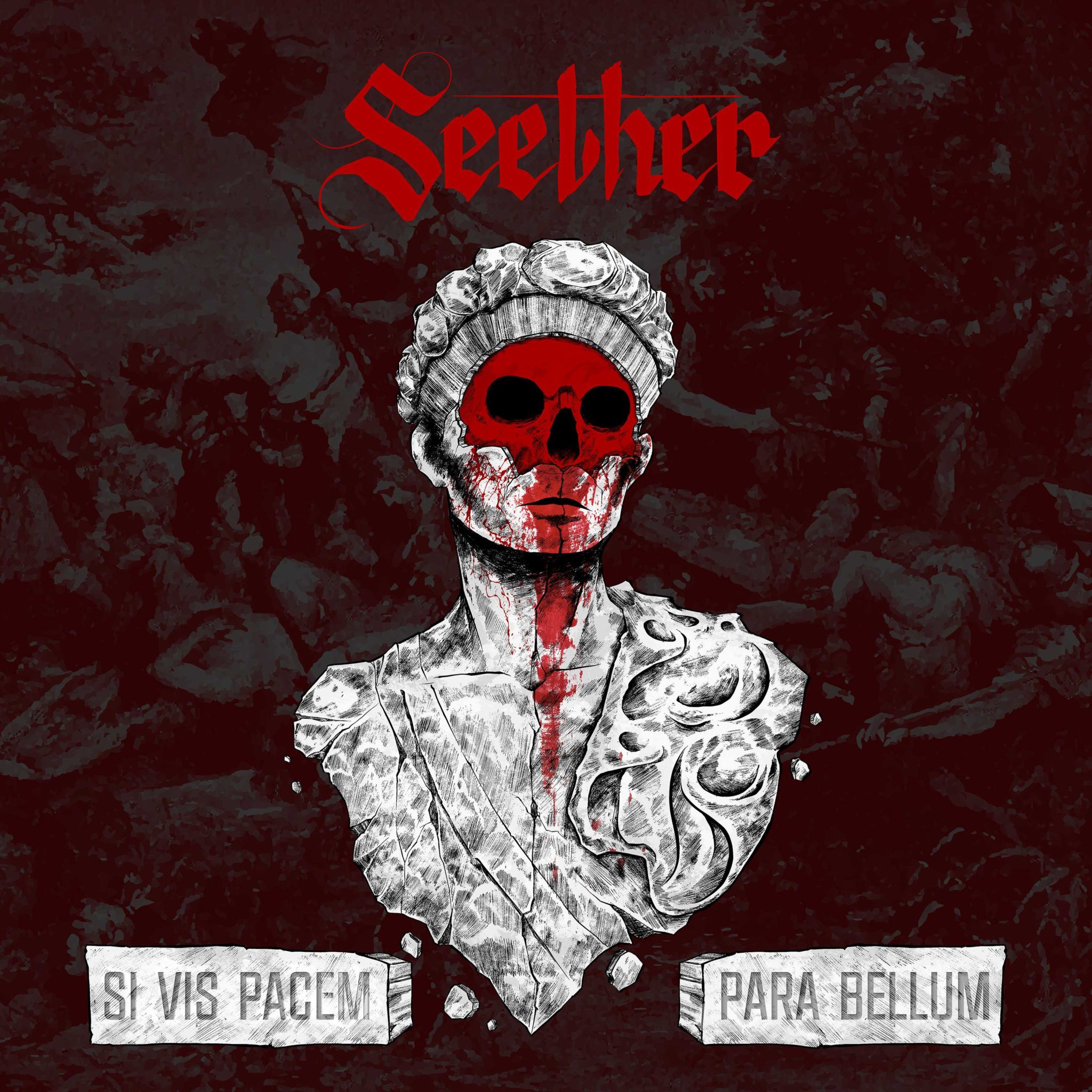 Having formed in 1999—their first album, Disclaimer, debuted in 2002, Seether has now been mastering their craft for over 20 years. This very statement begs me to ask the question of myself, “why, oh, why haven’t I been more invested in their music?” The simple answer is; I don’t know.

I have heard of them and even listened to the occasional tune (which have all been great I might add), but at no point has anyone come to me insisting that I check out this amazing South African post-grunge group, nor have I witnessed them supporting a band at a gig I’ve attended or even caught a set of theirs during a festival. It actually saddens me a little that I have missed out for so long, but from a glass half full perspective, I have now fully discovered them and Si Vis Pacem, Para Bellum is a spectacular album with which to pop my cherry.

Latin for “If you Want Peace, Prepare for War,” the albums title Si Vis Pacem, Para Bellum has quite a poignant reminder of the current age in which we live. (With some form of conflict emerging all over the world it, therefore, holds the right sort of tone for a band that, from what I’ve heard, champion the very essence of grunge.) From start to finish, this record is chocked full of thought-provoking lyrics and hard rock/grunge-inspired guitar riffs all strongly supported by perfectly timed drumming and bass riffs.

The opening track, “Dead and Done,” is a booming intro with the aforementioned guitar riffs, drums and one of the deepest bass lines I’ve heard in years, followed shortly by the very broody tone of vocalist Shaun Morgan’s lyrics which erupt into occasional raws during the chorus. “Bruised and Bloodied” follows a similar path with its deep instrumental opening, but when the chorus kicks in, it is a true feast for the ears accompanied by the simple but incredibly effective riffs from guitarist Corey Lowery.

The most stand out tune, at least for me, has to be “Dangerous.” The chorus is ridiculously catchy whilst still maintaining a moody nature, the guitar riffs adopt a slightly hypnotic tone that adds a depth not yet heard on the record thus far and, as the song heads towards its tail end, the tone shifts slightly to a more grizzly feel before reverting to its previous style finally coming to a close. There are also some slightly slower songs to enjoy as well, from the almost ballad-like “Liar,” the melancholy “Failure” (a close second for the records stand out tune) and the emotionally-charged “Drift Away,” which adds to the variety on offer in this record.

As already stated, this record is outstanding and, although I am disappointed that I had not taken notice of Seether earlier, I have now, and I have a back catalogue of seven other albums to discover and enjoy. There is a silver lining to everything!