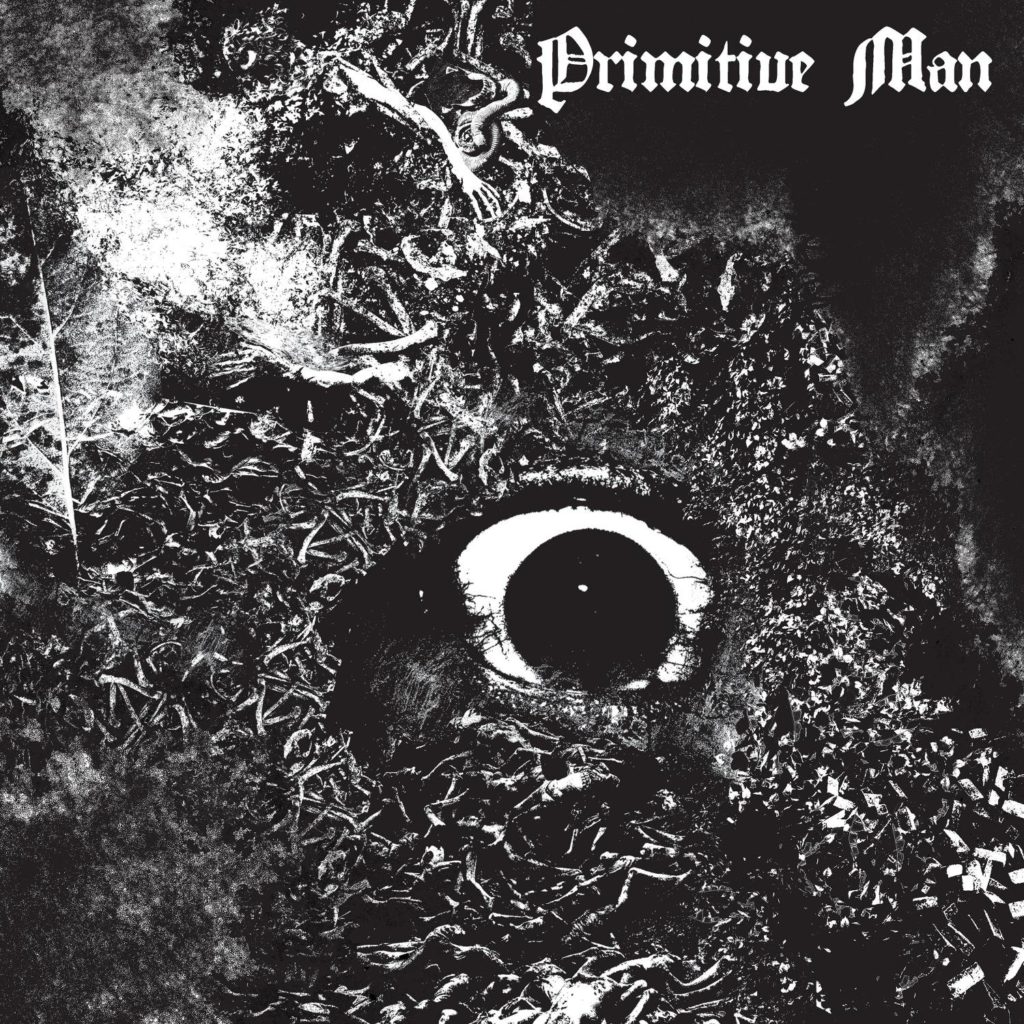 With 2017’s Caustic album (their second full-length), Primitive Man proved without a doubt that they are more than capable at ripping people’s heads off sonically, but very slowly and with as much torturous glee that they could muster. At well over an hour, however, it was a lot to take in whilst accepting numerous, consistent blows to the psyche, and the consensus was that it achieved all it set out to do but could have done with a few more hours in the editing room. At a scant 35 minutes playtime, their new record, Immersion, attempts to make as much of an impact (if not more so) in less than half the time. And it succeeds.

Never ones to let their fans down, there’s no huge sound departure here – as always, this is cavernous doom metal with swathes of bud-sticky sludge, drone pacing, and more than a few ticks in the noise department. This is headphone music that requires rapt attention and an open mind to allow the music to shine through the dense weight and monolithic tempos. Speaking of which, the majority of the music on here follows the glacial, sloooow mould, but placed in a few choice locations are bursts of speed and intensity that immediately pick the atmosphere right up and keep the attention fed and watered.

Opener “The Lifer” is lyrically from a musician’s perspective, feeding into the mind of an artist that has no choice but to follow his talent and endure the rigours of the road and the other demanding necessities that come along with the gig. From the feedback-enveloped intro direct into a pit of unhurried distortion and a throaty roar that reveals no light, it is a dark journey into a bad, bad place. “Entity” spends the first half of its life with a frenzied, anxious guitar and sparse drums that, just as you feel like you cannot take a second more, throws in another exemplary vocal from Mr. McCarthy that eliminates all hope and peaks with an emotional bleed-out.

“Menacing” is prime Primitive Man at work, showcasing all the different facets of the band through speed, sloth, groove, and meaty metal. Living up to its moniker, the song wants to rip you apart and evolve into unsettling, exciting territory. “∞” is an ambient interlude awash in white noise and unnerving industrial fire, and merely sets you up for what’s to come. Both “Foul” and “Consumption” act as a final one-two clout around your skull and round out the goosebumpy unease that has worked its way up the spine as the album unfolded, layer upon layer of dense, filthy, claustrophobia that must have been a doozy to create.

All in all, Immersion is more classic Primitive Man that has, this time, had all the fat trimmed from its bones to reveal a more monstrous, feral beast. By focusing on achieving maximum intensity with as little window dressing as possible (or needed), the band has unleashed possibly their finest work and a record that will sit in the back of your mind for a very, very long time to come. Haunting, beautiful, vile, and utterly addictive, it demands to be explored.