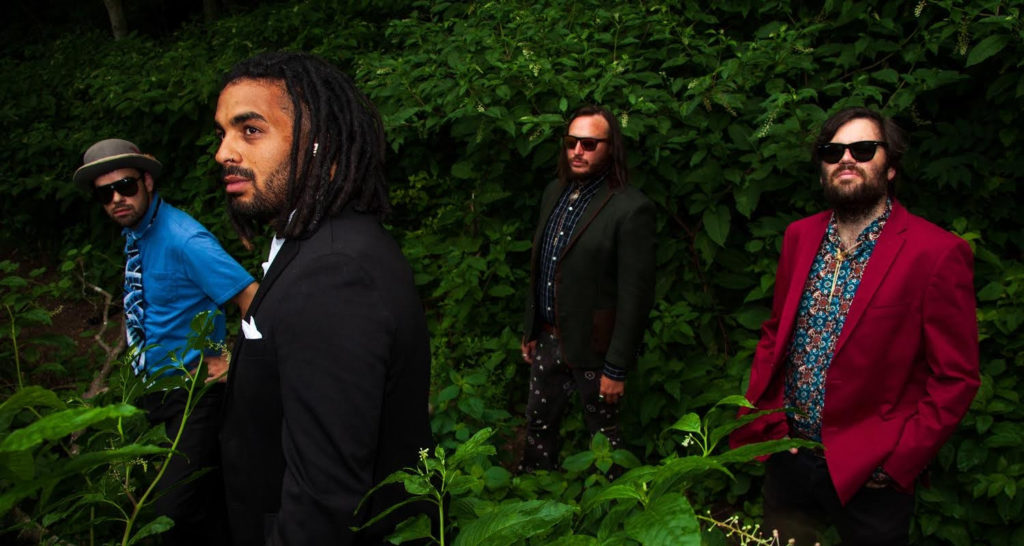 One of the true gifts of music, particularly rock n’ roll, is inspiration. Its ability to inspire us, the listener, is unrivalled, and it is always there when we are in need of a safe space. Psychedelic rock group DE3RA has provided a much-needed shot of inspiring, sophisticated, and progressive rock with their brand new single “Old Scratch,” a sample of what’s to come on their new self-titled album that’s due out on October 16th.

The song examines the process of reaching out into the unknown with the intention of discovering inspiration and power which comes from the feeling of desperation that we have all felt at one time or another. Musically, it’s the heaviest song that will appear on the upcoming new album and potentially the heaviest song that the band has ever recorded. It also throws in some experimentation for good measure, with the intro part meant to be reminiscent of a 1980s science fiction movie soundscape.

Here to expand more on the context of the song is the band’s Layton Switzer who said, “‘Old Scratch’ is the middle song of the three-song story arc that follows a particular character named Billy. You could say that it is the catharsis of this story arc (and the album as a whole, really). In this chapter, Billy, having his request for an audience being answered by Asteroth, begins to beseech the demon for answers to his deepest questions.”

This quartet known as DE3RA came together in 2017 with an objective to create music that puts a strong emphasis on collaboration. Switzer, along with Haydn Cone, Kevin Jack, and Robert Sieben, has made it a customary aspect of the group’s creative process to switch between instruments with each member writing and singing different songs. Their sound is dependent on the different tastes and musical personalities of each member who all have their own particular appreciation when it comes to music. While they all try to maintain different writing styles, the band comes together to ensure that each song is suited to the unique style of DE3RA.

It’s a rewarding creative process that not only allows each member to broaden their horizons, but it also serves as one of the primary reasons why DE3RA are capable of the creating some of the boldest and interest modern rock sounds of today.